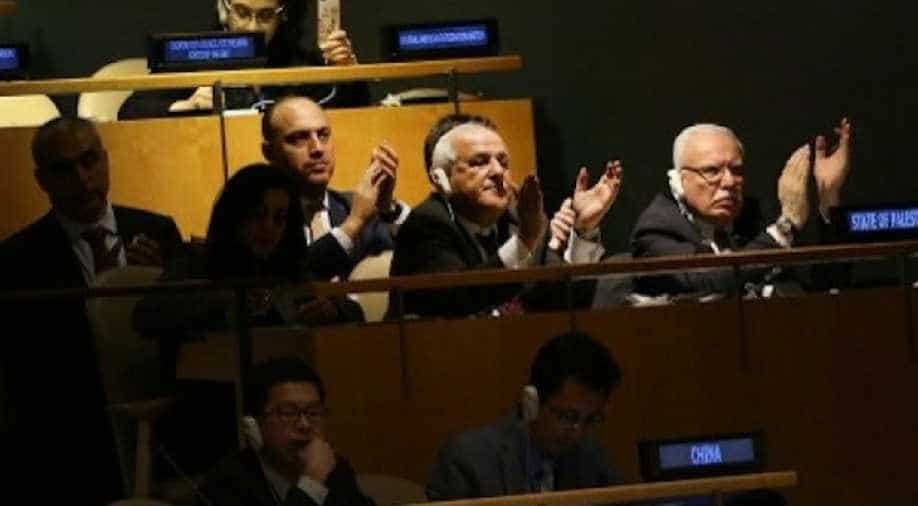 Members of the Palestinian delegation clap after the vote on the floor of the United Nations General Assembly. Photograph:( AFP )

The US says it has negotiated a $285 million cut to the UN's budget for 2018. The budget cut comes a few days after a majority of UN member countries voted against US President Donald Trump's decision to move the US embassy in Israel from Tel Aviv to Jerusalem.

The Delhi government announced on Tuesday that students in government schools will now get free coaching in their favourite sport. The academics, clubs and coaches will have access to government school playgrounds and other related facilities after school hours and during holidays.

Joy Villa, singer and a potential congressional candidate said Tuesday that she filed a sexual assault complaint against President Donald Trump’s former campaign manager Corey Lewandowski for hitting her twice on her buttocks during a Washington gathering in November.

Jairam Thakur to be sworn in as Himachal chief minister today

Jairam Thakur will be sworn in as chief minister of Himachal Pradesh today. The ceremony, to be held at the Ridge ground in Shimla, is expected to begin at 11 am.
Prime Minister Narendra Modi and BJP President Amit Shah will be attending, as will a number of other BJP leaders.