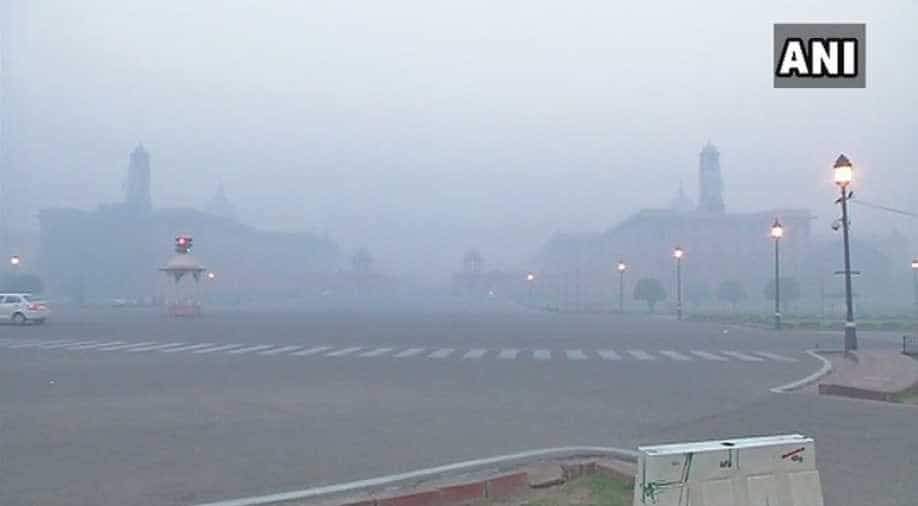 Family members of the newborn, who was declared dead along with his still-born twin by the Max Hospital in Delhi's Shalimar Bagh yesterday, have staged a sit-in protest outside the hospital, demanding strict action against the hospital administration.

The hospital had handed over the twins to the family in plastic bags, declaring that both were dead. The parents discovered that one of them was alive at the burial ground after movement in the plastic bag.

They immediately rushed the babies to a nearby nursing home where the doctors confirmed that one of them was alive. The newborn's condition is said to be critical.

The national capital woke up to moderate fog on Saturday morning with temperature recorded at 11-degree celsius by 7:30 am.

Six trains were cancelled following the low visibility due to the fog.

Twenty-five trains are also running late and four got rescheduled.

There are no reports of flight delaying or cancellation yet.

Days before Gujarat goes to polls, the state unit of the Bharatiya Janata Party (BJP) on Friday suspended 24 of its members for their involvement in anti-party activities in what is being viewed as a well-calculated move.

Former Members of Parliament Bhupendrasinh Prabhatsinh Solanki, Kanye Patel and Bimal Shah were among those suspended.

Donald Trump's former top advisor Michael Flynn pleaded guilty Friday to lying to the FBI over his contacts with Russia, in a dramatic escalation of the probe into possible collusion between the president's campaign team and Moscow.