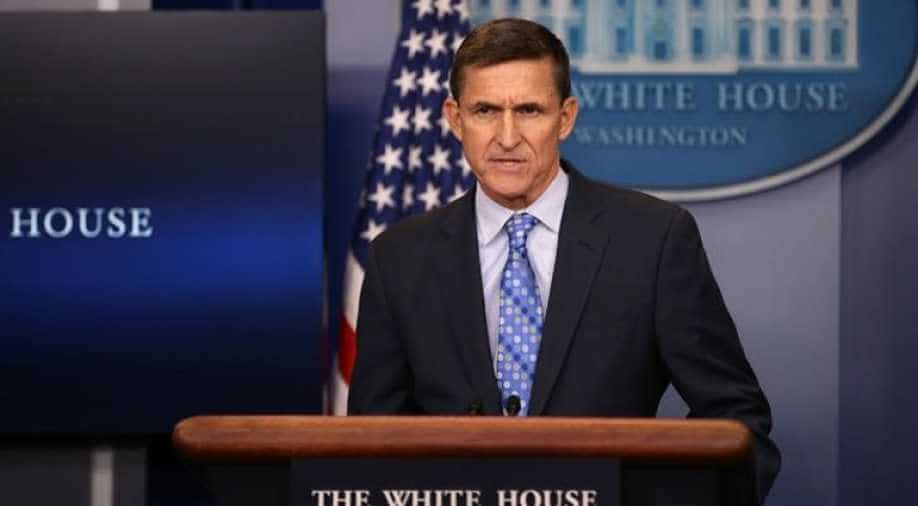 Donald Trump's former top advisor Michael Flynn pleaded guilty Friday to lying to the FBI over his contacts with Russia, in a dramatic escalation of the probe into possible collusion between the president's campaign team and Moscow.

Flynn's admission that he had secret discussions in December 2016 with Russian ambassador Sergey Kislyak, with direction from top officials in Trump's presidential transition team, set Washington abuzz with speculation as to who in the Republican leader's inner circle might next be in Mueller's sights.

The Washington Post reported, citing unnamed sources, that one of the "very senior" officials advising Flynn to contact the Russian envoy was Trump's son-in-law and senior aide Jared Kushner.

Flynn's guilty plea, on one federal charge of making false statements to investigators, came with a pledge to cooperate with Mueller, whose focus goes beyond possible collusion with Russia to shady business dealings and whether Trump himself tried to thwart the investigation.

The White House rejected the idea that Flynn could implicate "anyone" else, as ABC News reported that Flynn would testify that Trump ordered him to reach out to Moscow, news that sent Wall Street shares tumbling.

"I recognise that the actions I acknowledged in court today were wrong," Flynn said in a statement after a brief appearance in federal court in the US capital.

"My guilty plea and agreement to cooperate with the special counsel's office reflect a decision I made in the best interests of my family and of our country. I accept full responsibility for my actions."

The charge normally carries up to five years in prison, but under the terms of the plea deal, Mueller says he has recommended a lighter sentence of only up to six months in jail, court filings show.

Flynn admitted he lied to FBI investigators about his private discussions at the end of December 2016 with Kislyak about US sanctions imposed on Moscow by the administration of then President Barack Obama.

At the time, Flynn was a campaign and transition advisor with no official US government role, but he was clearly a top candidate to become Trump's White House national security advisor.

Flynn eventually was given that post but was forced to resign in February, just weeks after the president took office, due to public concerns over his contacts with Russia.

According to court documents released by prosecutors, on December 28 last year, Flynn asked Kislyak to moderate Russia's response to new sanctions and the expulsion of 35 Russian diplomats, announced by Obama in retaliation for Moscow's interference in the 2016 election.

The documents say he took that action based on discussions with "a senior official of the Presidential Transition Team."

After the December 29 announcement, the Obama administration was openly puzzled by Moscow's decision not to retaliate and began investigating possible interference by Flynn and the Trump campaign.

A week earlier, under the instruction of "a very senior member" of the transition team, Flynn also secretly asked Kislyak to defeat or delay a looming UN Security Council resolution to condemn Israel's settlements in Palestinian territory, according to court filings.

While the two interactions do not clearly suggest collusion, they raise questions about the Trump team's dealings with Moscow before taking office and whether they actively worked to undermine Obama's policies.

The White House, which has long denied any wrongdoing in relation to Moscow, said Flynn's admitted lies about those meetings "mirror the false statements to White House officials which resulted in his resignation."

"Nothing about the guilty plea or the charge implicates anyone other than Mr Flynn," said White House attorney Ty Cobb.

Since the first allegations of Russian interference last year, and despite reports from top US intelligence officials concluding it happened, Trump has dismissed the notion as "fake news" and an excuse for Democratic rival Hillary Clinton's loss at the polls.

"Since the first day I took office, all you hear is the phoney Democrat excuse for losing the election, Russia, Russia, Russia. Despite this I have the economy booming and have possibly done more than any 10 month President. Make America great again!".

Since the first day I took office, all you hear is the phony Democrat excuse for losing the election, Russia, Russia,Russia. Despite this I have the economy booming and have possibly done more than any 10 month President. MAKE AMERICA GREAT AGAIN!

But Friday's news made clear that Trump's inner circle could increasingly come under the microscope.

For Trump, the focus is on whether he has tried to stifle the investigation, including by firing FBI chief James Comey in May, which could draw obstruction of justice charges, the same charges that forced President Richard Nixon from office in 1974.

On social media: Comey posted a biblical verse: "But let justice roll down like waters and righteousness like an ever-flowing stream."

"The one individual that still seems to deny that this is a major issue is Donald Trump. And I just kind of wonder why" Democratic Senator Mark Warner told CNN.

Three others have been charged in the Mueller probe.

George Papadopoulos, a Trump campaign foreign policy advisor, pleaded guilty to a charge of lying to investigators in a deal that made clear he was cooperating with investigators.