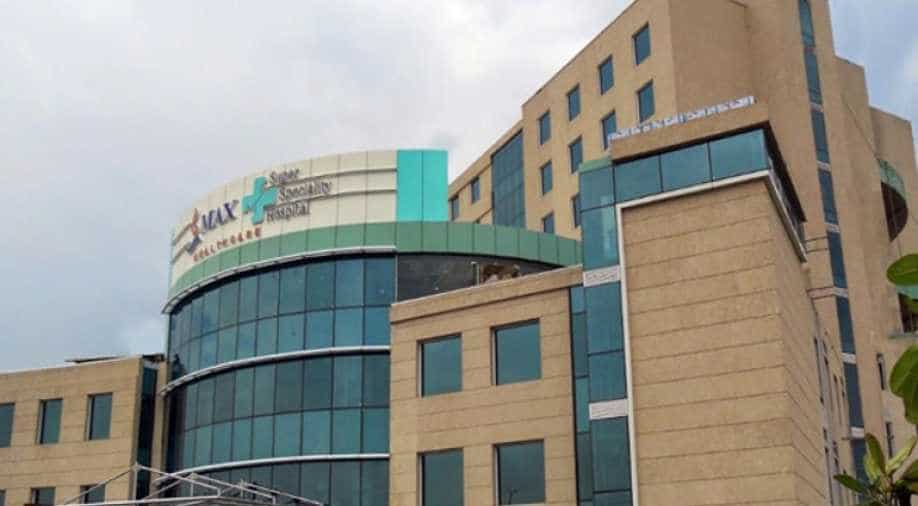 Family members of the newborn, who was declared dead along with his still-born twin by the Max Hospital in Delhi's Shalimar Bagh yesterday, have been protesting outside the hospital

Family members of the newborn, who was declared dead along with his still-born twin by the Max Hospital in Delhi's Shalimar Bagh yesterday, have staged a sit-in protest outside the hospital, demanding strict action against the hospital administration.

The hospital had handed over the twins to the family in plastic bags, declaring that both were dead. The parents discovered that one of them was alive at the burial ground after movement in the plastic bag.

They immediately rushed the babies to a nearby nursing home where the doctors confirmed that one of them was alive. The newborn's condition is said to be critical.

"After being declared dead, babies were given to us in packets, when we left for cremation ground we noticed movement and on checking found one was breathing. We immediately rushed to nearby hospital," Ashish, the boy's father had told ANI.

The Delhi government has ordered an inquiry into the matter.

On Friday, a medical negligence case was registered against the hospital under section 308 of Indian Penal Code.

The Delhi Police said yesterday that the police were taking into account all details of the situation, and were also consulting legal experts.

The Delhi Police said it will take further action if a case of negligence surfaces.