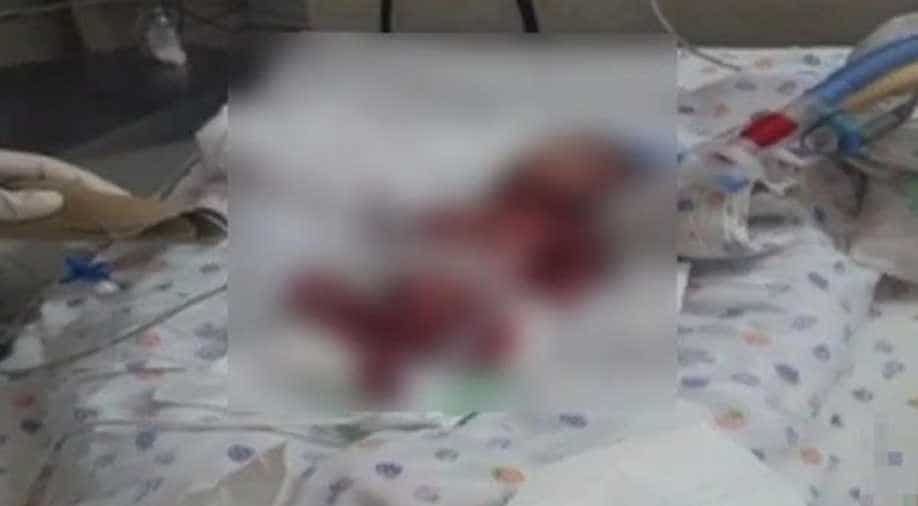 In a case of negligence, Max hospital Shalimar Bagh in Delhi has declared one of the twins dead while the baby was still alive.

The parents of the child said they were about to bury the child when they found out that it was alive.

Ashish, the man whose child was declared dead by Max Hospital and was found alive later, said after the baby was declared dead, babies were given to him in packets, when they left for cremation ground they noticed movement and on checking found one was breathing.

After being declared dead, babies were given to us in packets, when we left for cremation ground we noticed movement & on checking found one was breathing. We immediately rushed to nearby hospital: Ashish, man whose child was declared dead by Max Hospital & was found alive later pic.twitter.com/EyhmL8EVXt

They took the baby to a nursing home near their residence where the baby is admitted, though the condition is critical.

The Delhi government has ordered an inquiry into the matter.

News agency ANI quoting Delhi Police Spokesperson Deependra Pathak said that the police were taking into account all details of the situation, and were also consulting legal experts.

"It is a very shocking incident and shows the height of negligence. We have started immediate inquiry and investigation in this case. We are also consulting legal experts," Pathak was quoted as saying.

The Delhi Police will take further action if a case of negligence surfaces.

"Under the court's direction, we will also consult Delhi Medical Council or Indian Medical Council, and convey to them details of all circumstances. Then, we'll take legal action if a case of negligence surfaces," Pathak said, adding that the police will also look if there are more cases of criminal negligence in the hospital.