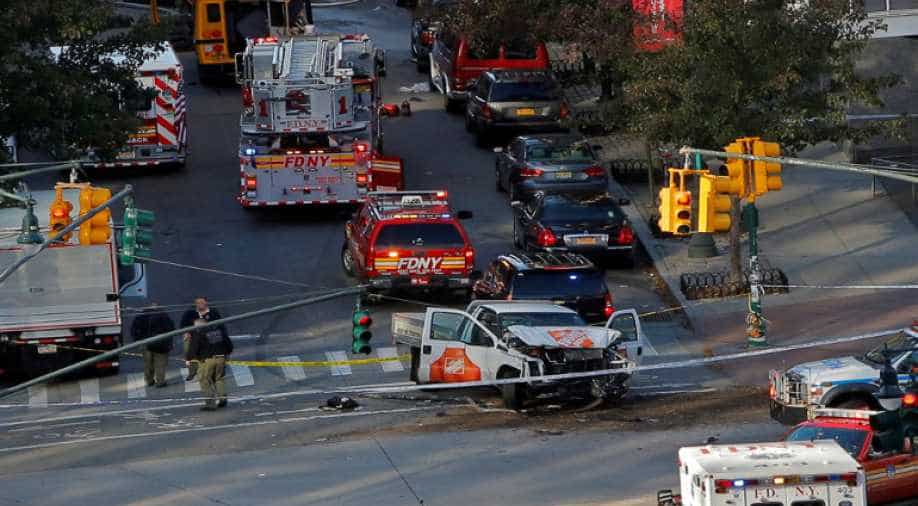 A driver in a rented pickup truck mowed down pedestrians and cyclists on a bike path alongside the Hudson River in New York City on Tuesday, killing eight people and injuring about a dozen others in what authorities said was an act of terrorism.

US President Donald Trump said on Twitter he had ordered the Department of Homeland Security to step up its "extreme vetting program" following a vehicle attack in New York. "I have just ordered Homeland Security to step up our already Extreme Vetting Program. Being politically correct is fine, but not for this!" Trump said, hours after a man driving a pickup truck killed eight people.

Several world leaders have condemned the terrorist attack in New York in which a pickup driver killed eight people on Tuesday. Eleven others were seriously hurt when the truck driver struck in broad daylight just blocks from the 9/11 Memorial, on the West Side of Lower Manhattan, close to schools as children and their parents geared up to celebrate Halloween.

GST will further boost India's ranking in 'ease of doing

With the improvement in India's ranking in the World Bank's 'ease of doing business' report to 100th position, bankers and experts today expressed hope that implementation of the GST will strengthen the country's position in the future.