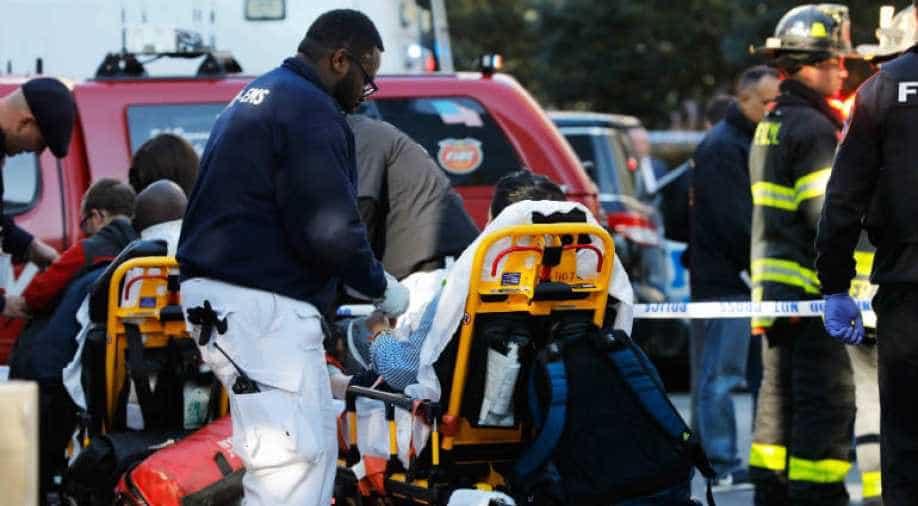 Prime Minister Narendra Modi condemned the terror attack in New York in which eight people have been killed.

"Strongly condemn the terror attack in New York City. My thoughts are with the families of the deceased & prayers with those injured," PM Modi tweeted.

A driver in a rented pickup truck mowed down pedestrians and cyclists on a bike path alongside the Hudson River in New York City on Tuesday, killing eight people and injuring about a dozen others.

It was the greatest loss of life from a suspected terrorist attack in New York since suicide hijackers crashed jetliners into the Twin Towers of the World Trade Center in lower Manhattan on September 11, 2001, killing more than 2,600 people.

The 29-year-old suspect in Tuesday's attack was shot in the abdomen by police and taken into custody after he crashed the truck into a school bus and fled his vehicle, New York City Police Commissioner James O'Neill told a news conference.