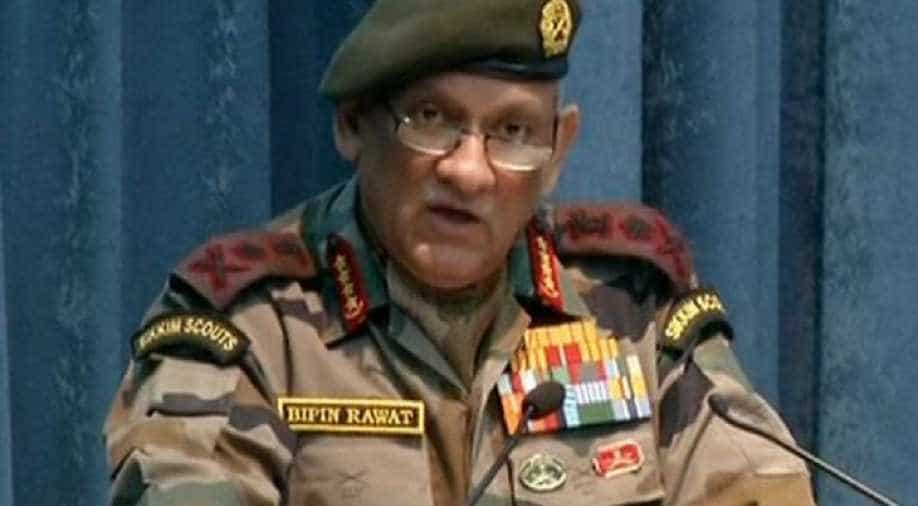 Rawat had said last year that Dokalam was a disputed territory between Bhutan and China. Photograph:( ANI )

Prime Minister Narendra Modi today invited Israeli defence companies to India for co-production, as he held comprehensive talks on strategic issues with his Israeli counterpart Benjamin Netanyahu, who called him a "revolutionary leader".

China today hit out at Indian Army chief General Bipin Rawat for calling Dokalam a disputed territory and said that his "unconstructive" comments were not helpful for maintaining peace at the borders.

The Bar Council of India (BCI) today said the crisis, which had erupted after four top Supreme Court judges came out openly against an allocation of cases by Chief Justice of India Dipak Misra, has been resolved internally and the "story is over now".

At least 75 people were injured Monday when a mezzanine floor at Indonesia's stock exchange building collapsed into the lobby, police said, with victims carried out of the debris-filled building on stretchers.

Air India to be split into 4 entities ahead of sale: Reports

Once a great airline and now decrepit, Air India would get split into four separate companies and the government is offering at least 51% in each of them as part of their disinvestment plan.

Thirty-five people were killed and at least 80 others wounded in two deadly suicide bombings in Baghdad on Monday morning.