Will Hyderabad Metro suffer the same fate as Delhi Metro? 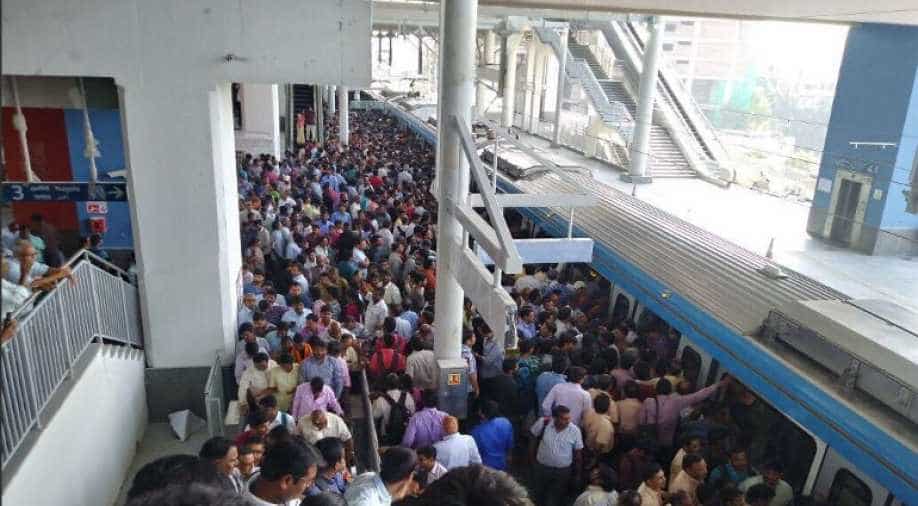 Over two lakh passengers were travelling on the day of its first commercial operation. Photograph:( Twitter )

Hyderabad Metro which was flagged by Narendra Modi on November 28 was opened for public on Wednesday, many passengers took Metro in excitement and have reacted on social media.

The Hyderabad metro rail commenced its operations between Miyapur and Nagole, covering a total distance of 30 km and 24 stations.

There is no second opinion that Metro received an overwhelming response from the passengers with over two lakh travelling on the day of its first commercial operation.

But a few people complained about the steep price. People on social media expressed their disappointment over the pricing saying that the Metro isn't that affordable as they were expecting it to be.

Commuters in Hyderabad said that the fares were a hindrance towards the Metro Rail becoming their preferred transport medium, not just that some passengers complained that it takes almost the same time as it would take them to travel by car.

Sir,Hyderabad Metro ticket Prices are very high for common man .Pls. reduce the price to 40% atleast on the existing price to use public transportation effectivly

#Hyderabadmetro Great ride but a costly ride!! I think high ticket cost will result in low volumes, neccisitating far higher priced tickets for viability. It will be a vicious cycle! Hope for the best!!

Following the DMRC fare hike, Delhi CM Kejriwal sent a letter to the Union Urban Affairs Minister Hardeep Singh Puri, criticising the decision of the DRMC and demanding a roll-back of the fare hike.