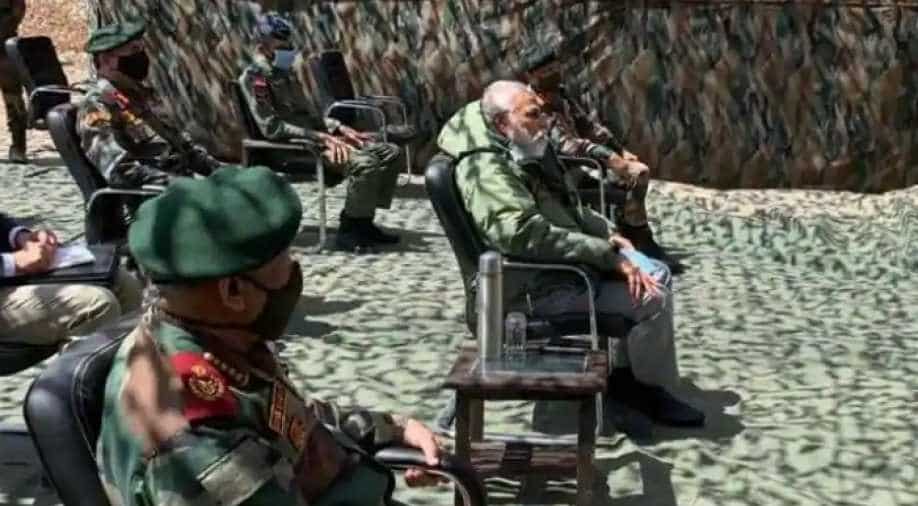 These visits are a hallmark of trust between the Armed Forces and the leadership.

PM Modi, who was accompanied by Chief of Defence Staff General Bipin Rawat and Army Chief M M Naravane, interacted with personnel of the Army, Air Force and ITBP.

While visits to a front may be unusual for an Indian leader, it is almost a tradition for the leaders of the West. From Eisenhower to Tony Blair and Donald Trump, leaders have often visited fronts.

The advantages of these visits outweigh the risk. George W Bush was the first US president to land in Iraq and that too just months after Saddam Hussein's statue was toppled.

Bush was supposed to be at his ranch in Texas, but no one, including the people on board his Air Force 1, knew that the president was headed to a high tension front - Baghdad. This Thanksgiving visit gave a much-needed morale boost to the US troops.

Recent US presidents have made repeated visits to Afghanistan. Obama travelled there multiple times, Trump's visit to Afghanistan this Thanksgiving Day, gave the troops a much-needed pat on the back.

Also Read: Your courage is higher than the mountains, PM Modi to Indian troops at Ladakh

These visits are also important for their message to the enemy, the world, and also the people back home. The very fact that the leader is standing there, besides his troops, speaks a thousand words.

In India, the President the Commander-in-Chief of the Armed Forces, and not the Prime Minister. But  Modi'svisit to Ladakh may have started a new tradition. It reflects daring leadership and the willingness to take risks. It is a hallmark of trust between the Armed Forces and the leadership.