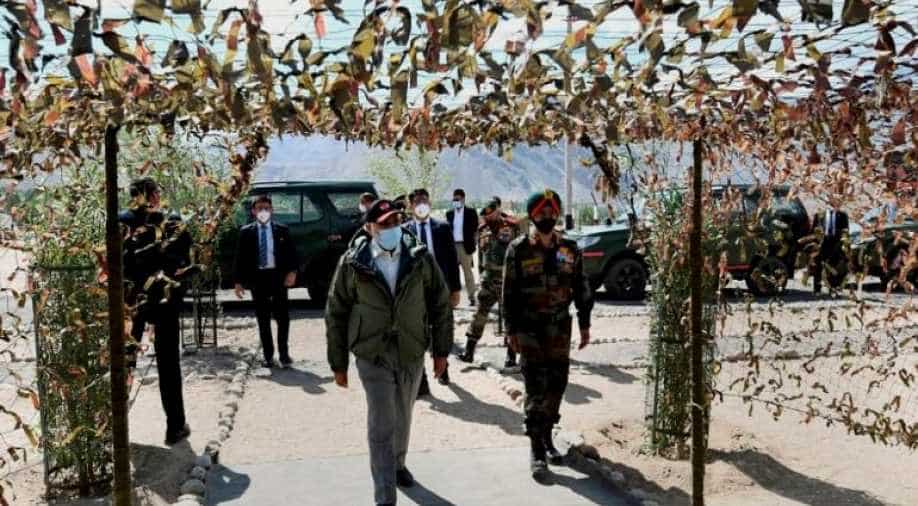 Launching a firm and veiled swipe at Beijing, PM Modi said that the country has neither bowed before any power of the world nor will it ever do so.

PM Modi, who was accompanied by Chief of Defence Staff General Bipin Rawat and Army Chief M M Naravane, interacted with personnel of the Army, Air Force and ITBP.

PM Modi told the soldiers injured in the violent face-off with Chinese troops in Ladakh's Galwan Valley last month that they gave a befitting reply. Interacting with the injured personnel at an Army hospital in Leh, he said their bravery will be a source of inspiration for times to come.

Today's visit sent out a clear message to China that India is prepared to take on any threat.

Also Read: Your courage is higher than the mountains, PM Modi to Indian troops at Ladakh

Launching a firm and veiled swipe at Beijing, PM Modi said that the country has neither bowed before any power of the world nor will it ever do so.

The sudden Ladakh visit caught Beijing by surprise. Chinese Foreign Ministry spokesman Zhao Lijian told reporters that, "China and India are in communication with each other through military and diplomatic channels. Neither side should make any move that may complicate the border situation."

The standoff against China is not ending soon, but Prime Minister Narendra Modi's visit shows that India is ready to dig in for a long haul.