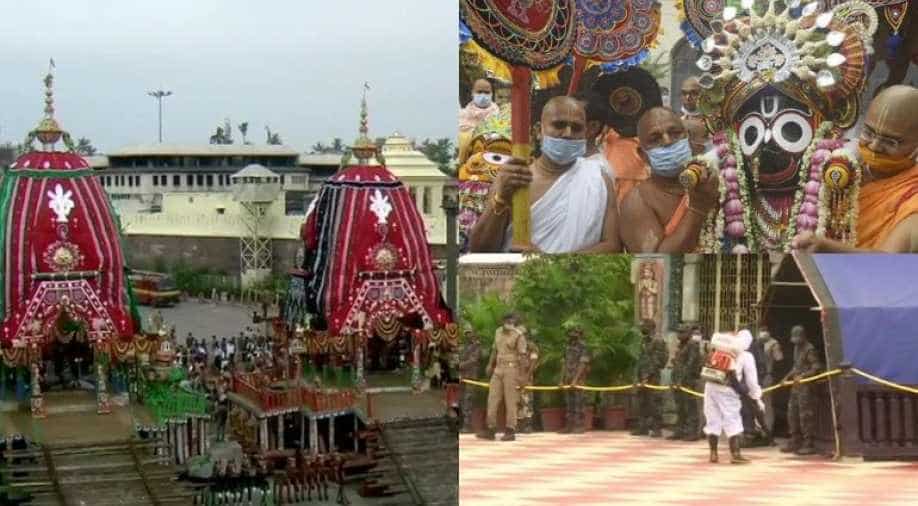 The events have been taking place at a time when people accepted and adapted to the new normal. They spent Easter at home and celebrated Baisakhi on video calls.

Devotion is not quantified by display, you do not need to attend Sunday masses, fight the crowd at a temple or queue up outside a Mosque to show your love and respect for God, faith is personal and who is supposed to know this better than religious leaders.

Which religious text, holy book preaches risking the lives of others? None.

In India, a religious gathering blew the Wuhan virus crisis out of proportion. A Muslim missionary movement called the Tablighi Jamaat organised a three-day event in the middle of the pandemic which was held in New Delhi and it was attended by at least 8,000 people from India and abroad. The result was disastrous, to put it in numbers nearly a third of India's total cases by the first week of April were related to the Tablighi Jamaat event.

However, religious leaders went ahead and repeated the same mistake four months later in July, thousands gathered in the religious town of Puri for the annual Jagannath Rath Yatra where social distancing was flouted left, right and centre.

The events have been taking place at a time when people accepted and adapted to the new normal. They spent Easter at home and celebrated Baisakhi on video calls.

However, the Tablighi Jamaat event and the South Korean churches cannot be undone but we can draw lessons from it and what better time to reflect than now with Europe in the middle of what is being called "a very serious situation", at least half of EU countries have been witnessing a rise in cases.

Spain has over 625,000 cases, France has over 415,000 cases, Italy nearly 300,000 cases. Spain has been mulling a lockdown, several other countries are likely to follow with Europe bracing for a second wave.

The UK is also considering a lockdown. It is hoped that history does not repeat itself, let faith empower you into fighting the pandemic but not blind you into making the situation worse.