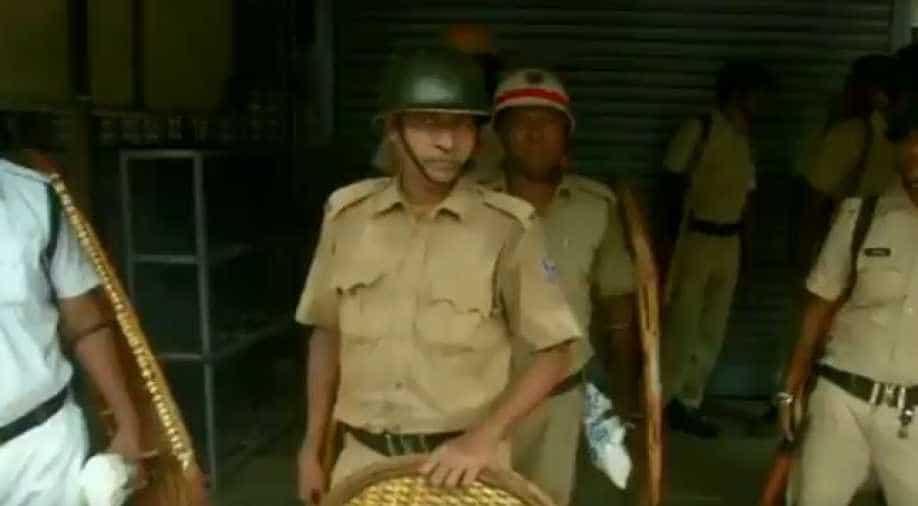 On Thursday, massive clashes erupted at Bhatpara ahead of the inauguration of the Bhatpara police station.

The fact-finding committee met the family members of the two deceased and also interacted with the locals.

After meeting the family members, the delegation announced a compensation of Rs10 lakh for the deceased’s family. “We met the family members of the deceased. They showed us the bullets too. They were killed in police firing, but police are just refusing to accept it. We have announced a compensation of Rs10 lakh for the family members.  We also visited the tensed areas and spoke to the locals. This is a complete failure of the administration who have failed to restore peace in the state,” said Ahluwalia.

Tension was reported once again in Bhatpara after the BJP delegation left for Kolkata. Locals assembled to see the delegation violating section 144 CrPC imposed in the area. To disperse locals, police once again had to resort to lathi-charge which injuring two persons.

A day ago, the West Bengal government transferred the Commissioner of Barrackpore Commissionerate and posted IPS Manoj Verma as the new Commissioner. While he visited all the affected area on foot with a huge contingent of force, he also checked police pickets laid across the area.

“The situation is under control. The priority is to restore the law and order situation and we are focusing on that. There are no reports of fresh violence, we are urging all to maintain peace,” said Manoj Verma.

On Thursday, massive clashes erupted at Bhatpara ahead of the inauguration of the Bhatpara police station. Miscreants lobbed crude bombs and pelted stones at the police. The inaugural ceremony was to be attended by the West Bengal Police’s Director General. However, the ceremony was cut short and DGP returned to Kolkata.

Thursday’s clashes left two persons dead and four others seriously injured. The two deceased were identified as Rambabu Shaw and Dharambir Shaw – both said to be locals. The two suffered bullet injuries and were declared dead at the hospital. Four others are undergoing treatment at the local hospital.