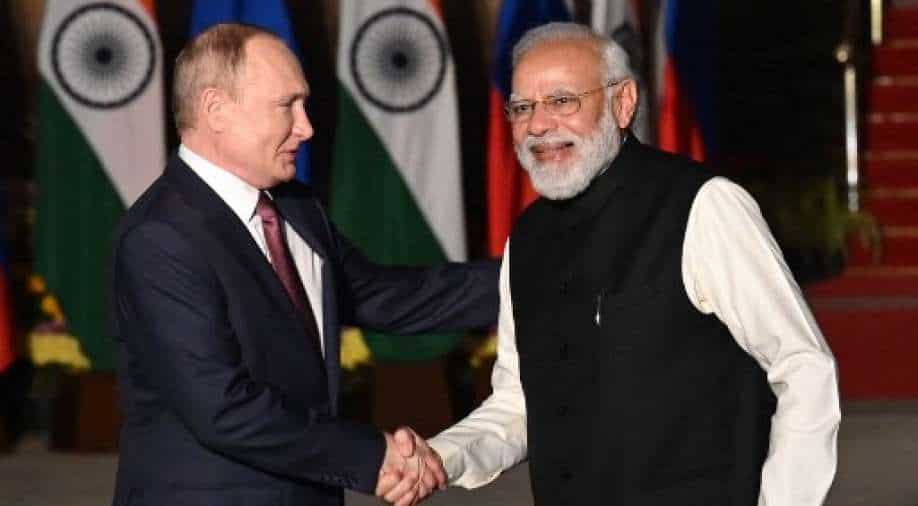 During his meeting with President Putin, PM Modi said India and Russia have been cooperating in various fields including in Make in India, space, and other civil domains.

"In the last decades there has been a fundamental change in geostrategy but Russia and India have maintained their partnership," PM Modi said as he met Russian President Putin.

Welcome to India my friend President Putin. Our meeting today will strengthen our Special and Privileged Strategic Partnership. The initiatives that we take today will further increase the scope of our cooperation to new areas. @KremlinRussia pic.twitter.com/v699GK4BEM

"In 2021, we had the 2+2 dialogue which is a new mechanism to further our relationship," India's prime minister said.

PM Modi said India and Russia have been cooperating in various fields including in Make in India, space and other civil domains.

During the summit, the Russian president said the two countries have been holding summits every year but it could not take place last year due to the COVID-19 crisis. The two leaders also discussed regional and global developments including post-pandemic recovery and the prevailing situation in Afghanistan, the Indian foreign ministry said.

"We perceive India as a great power and trusted friend," President Putin said. The Russian president informed that although trade had declined last year but it increased by 38 per cent this year even as investments also increased.

The Russian president said both countries have been cooperating on important matters including energy, space and high tech sectors.

The MEA added that the role of connectivity through the International North-South Transport Corridor(INSTC) and the proposed Chennai-Vladivostok Eastern Maritime Corridor was also discussed between the two leaders.

"We also cooperate in the military sphere like no other country, by that I mean we develop technologies," the Russian president added.  Putin said both countries have been holding joint military exercises on each other's territories.