Watch: Brothers 'separated during India-Pak Partition' in 1947, reunited after 74 years at Kartarpur Corridor 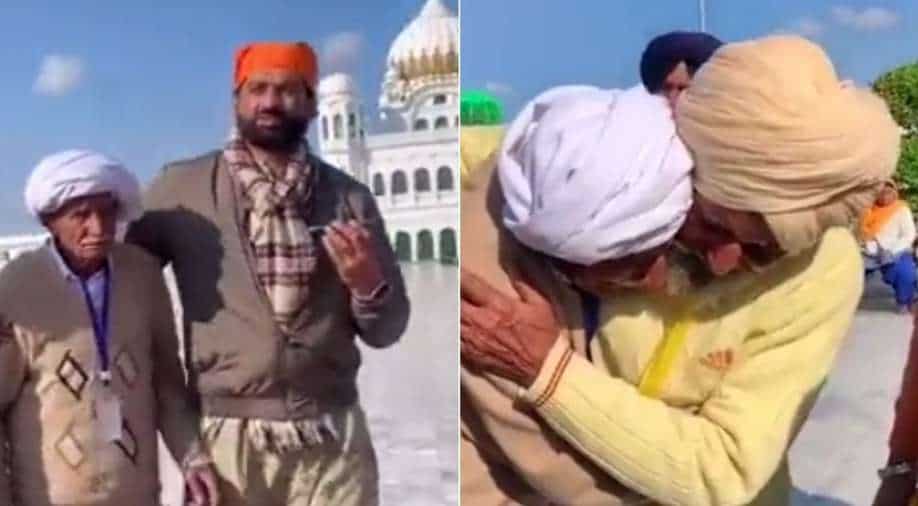 During the meeting, the brothers lauded the initiative of Kartarpur. (Image credit: @Gagan4344). Photograph:( Twitter )

In 1947, India became independent from oppressive British rule but freedom came at an expense after the British announced Partition.

The Indian subcontinent was divided into two independent dominions: India and Pakistan but it was marred by brutality and violence as massacres began soon as the Partition was announced. The scars of the Partition still linger.

Meanwhile, the recent reports of two brothers reuniting after 74 years after getting separated during the Partition are heartwarming.

ALSO READ | Watch: Amid lockdown, this Chinese woman is stuck with blind date who is 'mute as a mannequin'

Habib arrived at Kartarpur from the Phullanwal area of Punjab in India via the Kartarpur Corridor, which connects Gurdwara Darbar Sahib in Pakistan to the border with India.

The video capturing the moment is filled with emotions and was widely circulated on social media on Tuesday.

The media outlet also shared the background story as it stated that Siqqique was an infant during the time of the Partition when his family got split.

In the video, it is visible that the brothers aren't able to control their emotions and burst into tears of joy.

Kartarpur Sahib corridor has reunited two elderly brothers across the Punjab border after 74 years. The two brothers had parted ways at the time of partition. A corridor of reunion 🙏 pic.twitter.com/g2FgQco6wG

During the meeting, Habib lauded the initiative of Kartarpur, saying that the corridor helped him to reconnect with his brother. Reports quoted the brothers thanking the governments of the two countries for opening the Kartarpur Corridor and facilitating visa-free travel from India to Pakistan up to Kartapur.

What is Kartarpur Corridor?

For those who are not aware, the Kartarpur Corridor is a visa-free border crossing and a religious corridor between India and Pakistan.

It connects the Gurdwara Darbar Sahib in Pakistan to the border with India and allows devotees from India to visit the gurdwara in Kartarpur, in Pakistan without a visa.