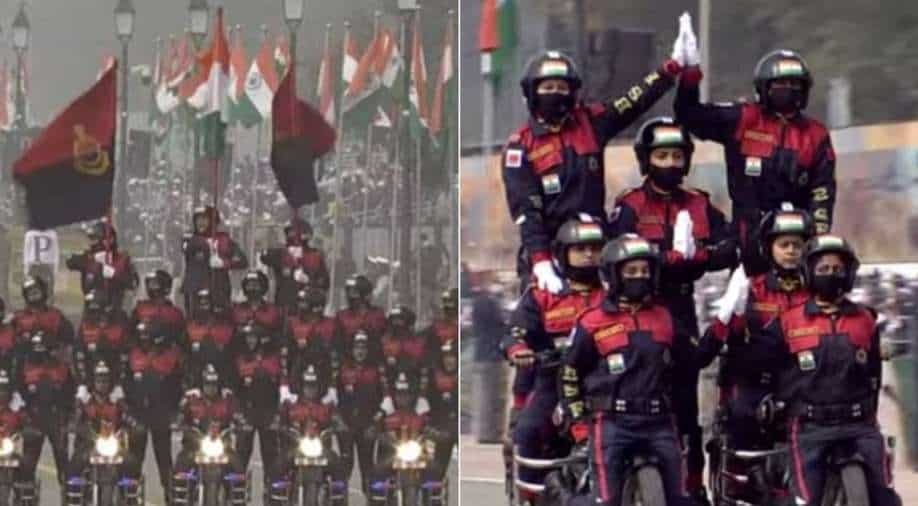 India celebrated its 73rd Republic Day with a grand parade showcasing military might and cultural diversity at Rajpath in the nation's capital, New Delhi.

India celebrates Republic Day on January 26, as the Constitution came into effect on this date in 1950 and the country became a republic.

There were many beautiful moments but the stunning display on bikes by the country's Border Security Force's (BSF) Seema Bhawani Motorcycle team was breathtaking.

They did a Border Women Salute under Command of Inspector Himanshu Sirohi and went on to do Single Kneeling under Command of Sub Inspector Sonia Banwari. On the other hand, the Chair Riding was performed under command of constable Anima Kumar.