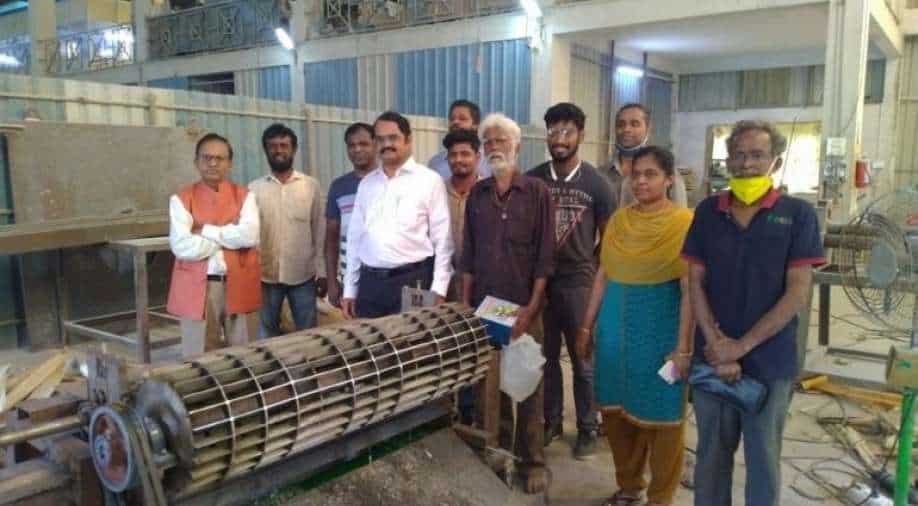 Veteran ISRO Mylswamy Annadurai along with his team Photograph:( WION )

Satellite building is all about utilising minimum resources to extract maximum output, it is by using the same principles that India’s veteran satellite builder Dr Mylswamy Annadurai has embarked on a new project to generate wealth from waste while aiding farmers.

Dr Annadurai currently serves as the vice president of the Tamil Nadu State Council for Science and Technology and is working with IIITDM Kanchipuram and the Tamil Nadu state government to realize this initiative that would boost the agriculture and MSME (micro, small and medium industries) sector.

Speaking at a virtual event hosted by IIT Gandhinagar, he elaborated on his vision that has been brought to reality to generate a multitude of usable products from the unused parts of the banana tree. While the fruit and the leaves are sold in the markets, the rest of the tree remains as waste, which farmers have to pay for, to even clear off and dispose of.

The space scientist and his collaborators have conceptualised and developed machinery that can ensure efficient processing of all the parts of the banana tree under one roof.

“The raw fibre can be processed into garments, the powder content from the fibre can be used to add nutritional value to Maida, the banana stem can be processed to extract a health drink or even ethanol-based organic fertilizers. There are even plans to fabricate composite materials that find wide-ranging use in the automobile, aerospace and renewable energy(windmills) sector” he said.

With India(predominantly states in the south) being the largest cultivator of banana, the team behind this initiative feels that it can open up an all-new industry and reduce the strain on certain others.

“It takes nearly 60,000 litres of water to get 1kg of cotton yarn, but with far lesser resources and simpler processes, we can extract garment-grade fibre from the banana trees” Dr Annadurai points out.

According to the team’s analysis, India has about 10lakh acres of banana cultivation, of which every acre has at least 1000-1200 trees. By concentrating their efforts in four regions of Tamil Nadu, the team aims to operationalize automated factories to generate tons of useful products from the banana tree that goes waste. In a single day, about 7500 trees can be processed by a single unit of this new machine.

This project is expected to be ready for industry-induction by the end of January 2021. Referring to this project, the Tamil Nadu Chief Minister had said that his government would undertake research to double the income of banana farmers in the state.