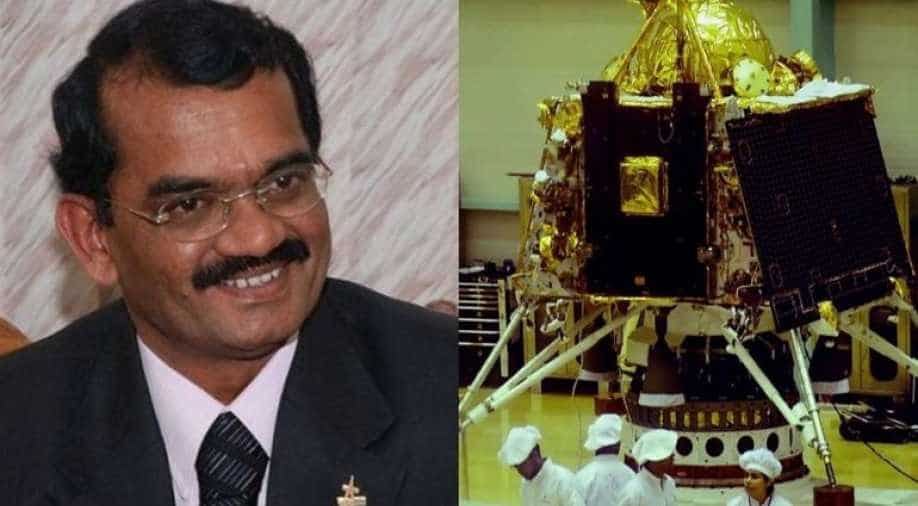 With barely a week for the July 15 launch of India’s second Moon Mission (Chandrayaan- 2) WION had an Exclusive conversation with Dr Mylswamy Annadurai who is currently serving as Vice President, Tamil Nadu State Council for Science and Technology

WION: Chandrayaan 1 was launched almost 40 years after the Apollo 11 mission, what was our major finding and breakthrough?

Dr Mylswamy Annadurai: In 2008 we were considered as also-rans, as about 69 missions had gone to the moon by then. But all the missions that went to the moon prior to Chandrayaan 1 declared that the moon’s surface was barren. While some missions found traces of hydrogen, it was not in the H20 form of water, thus the evidence was not conclusive. However, it was India’s Lunar Mission, which in its maiden attempt showed evidence for water in the exosphere of the moon, on the surface and sub-surface of the moon. The discovery of water is what re-started the race for Lunar Exploration.

WION: What has changed between ISRO’s first Lunar mission and Chandrayaan 2?

Dr Mylswamy Annadurai: Chandrayaan 2 is meant to consolidate the findings of Chandrayaan 1 and we are also landing at the South Pole of the Moon, which is an unexplored region. While the PSLV rocket was used for the previous mission, we will be using India’s most powerful rocket the GSLV Mk III for this mission. This time, in addition to landing on the moon and the orbiter studying the moon from an altitude, a rover also will be deployed to study the moon’s surface for about 14 days(1 moon day noon). Although we are using a more powerful rocket this time, what remains the same as Chandrayaan 1, will be the orbit-raising manoeuvres to get closer to the moon and inject into lunar orbit.

WION: Despite having had a slow and humble beginning in the 1960s, how did we master various crucial technologies and keep innovating?

Dr Mylswamy Annadurai: At the initial stages, various foreign agencies provided us basic support and training, but when the seed called ISRO sprouted, they abandoned it. We were denied high-end technology and were pushed to the wall, so in order to succeed, we had to indigenously develop all the major, sophisticated technologies indigenously to ensure the success of our Indian Space Programme.

WION: ISRO is globally reputed for frugal engineering in all missions, how do we achieve more with less?

Dr Mylswamy Annadurai: It all lies in our grooming, upbringing and mentality. If one were to be educated in America and trained at NASA, his/her projects would use abundant resources, but here we try to attain the same by using the least amount of resources. We are all from very humble backgrounds, so we think big with our limited resources. It is just like giving the same assignment to a Government school student and an International School student, both will accomplish it. But the method is what makes all the difference. The classic case is that Western agencies have powerful rockets that can directly reach the moon and other planets, whereas we use our PSLV and GSLV (less powerful in comparison to Western rockets) to attain similar objectives. We use a technique called orbit-raising manoeuvre to slingshot the satellite into the desired orbit/planet. This is what cuts down the cost drastically.

WION: What are the major areas that ISRO must focus on in the coming years?

Dr Mylswamy Annadurai: We must consolidate on our strengths of using space for societal applications such as agriculture, communication, earth observation, resource mapping, navigation etc. Given that we have been fabricating world-class satellites, with further Government permissions, we should be able to commercialize and build satellites for foreign customers. As there are very few players in launching satellites that weight below 1.5 tons, we could focus on that market segment as well.

WION: How can collaboration with private firms and academia enhance ISRO’s capabilities?

Dr Mylswamy Annadurai: Already a couple of satellites are made by the industry collaborators, when satellite-fabrication was opened up for private players there was heavy competition. When more launch-related processes are outsourced to industry, ISRO can focus on the core research and development areas. When more private players and academia offer support, we can achieve more in less time. Ideally, we would require that military-industry-academia collaboration /nexus that drove the science and technology sector in America during the 1960s.

WION: As advances in rocket technology furthers the reach, does the moon play a more significant role?

Dr Mylswamy Annadurai: Currently the International Space Station(ISS) is our outpost in Space. But as the ISS is nearing the end of its operational life, we may need a new stopover for exploring deep space. It would be more prudent to develop infrastructure on the moon rather than develop another Space Station. The moon could be used as an outpost on a journey to Mars. We could also explore options for installing telescopes on the moon. Such a Lunar Space Station should also involve the active participation of countries like India, as we are not a part of the few countries that control the ISS. Commercial players also will get encouraged if space tourism leads to the moon.

WION: Foreign Media has tried to belittle our progress when India succeeds in ambitious missions. How do you react to them as a veteran Indian Scientist?

Dr Mylswamy Annadurai: As Swami Vivekananda says, any great thing you do, first others will neglect us, then they will laugh at us, oppose us and eventually they will recognize us. Either way, Indian scientists are motivated to work for the progress of our country.