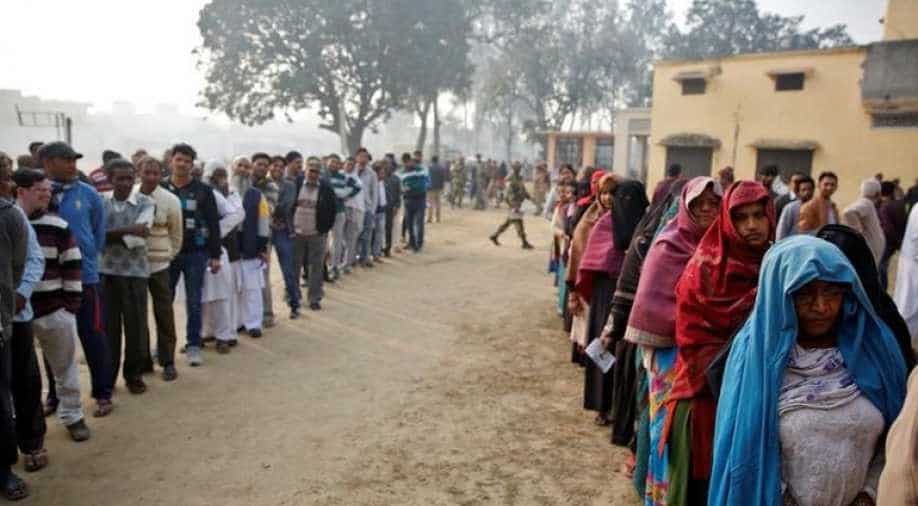 The polls will be held at 13,776 polling booths to be set up for 1.29 crore voters. (Representative image) Photograph:( Reuters )

Uttar Pradesh will have civic polls in three phases from November 22, making it the first electoral test for the ruling BJP which stormed to power in the Assembly elections with a massive mandate earlier this year.

He said no central para-military force would be used for exercise, which will be conducted by the state police alone.

"Counting of votes polled for 16 nagar nigam, 118 nagar palika parishad and 438 nagar panchyat will be done December one," he said.

Agarwal said 3.32 crore voters will be eligible to cast their ballots at 36,269 polling booths and 11,389 polling stations.

Giving phase-wise details, he said the first phase will cover 24 districts in which 230 local bodies, spread over 4,095 wards, will got to polls.

In the third and last phases, 26 districts will go to polls in which there are 233 local bodies spread over 4,299 wards.

These polls will mark the first test for the Yogi Adityanath government which came to power in March, with the BJP getting a landslide victory.