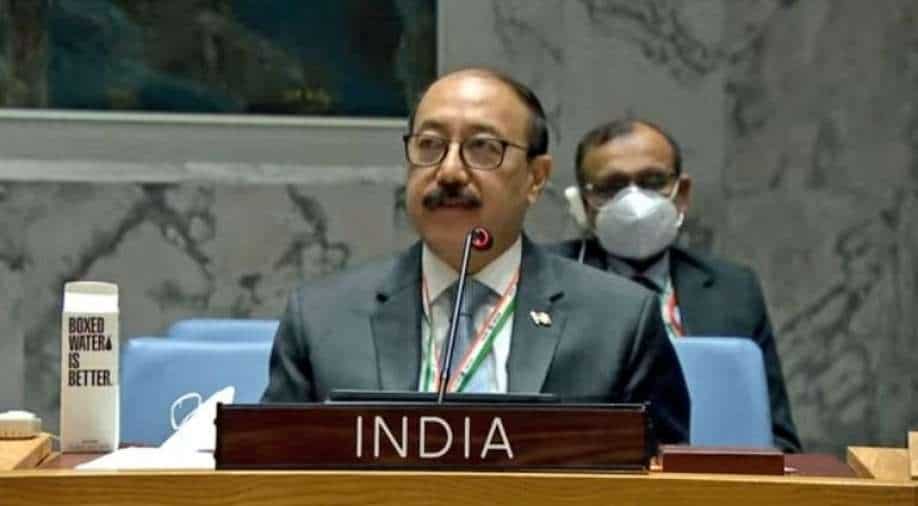 Indian Foreign Secretary Harsh Vardhan Shringla has said the United States and India will be holding a counter-terrorism joint working group meeting designation dialogue. The announcement came at a press briefing on Friday. The two sides also called on the Taliban to adhere to its commitments under resolution 2593

As the Indian delegation puts an end to its two days of engagements in the capital, Foreign Secretary Harsh Vardhan Shringla has said the United States and India will be holding a counter-terrorism joint working group meeting designation dialogue.

At a press briefing on Friday, the diplomat also said that in the areas of law enforcement, there is also going to be a renewed US-India Homeland Security dialogue.

In the bilateral discussions at the While House, both India and the US agreed that the issue of terrorism is very important. The two sides denounced any use of terrorist proxies and emphasised the importance of denying the logistical, financial or military support to terrorist groups, which could be used to plan, or launch attacks, Shringla said.

The two sides also called on the Taliban to adhere to its commitments under resolution 2593. It includes ensuring that Afghan territory is not used to threaten attack against any country, shelter any terrorist groups or finance attacks and underscores the importance of combating terrorism in the country, he said.

There was a clear concern expressed on Pakistan's role in Afghanistan and the continuing support for an approach that did not seem to be conducive to the international community's expectations of what the war-ravaged country should be like, Shringla added.

Both during the India-US bilateral meeting and the Quad summit, there was a clear sense of a more careful look, examination and monitoring of Pakistan's role in Afghanistan, the diplomat added.

In response to a question, Shringla said, "An important factor which sometimes gets overlooked is when you see Pakistan, protecting itself as a facilitator, whereas, it has really been in many senses an instigator of some of the problems that we're dealing with in our neighbourhood and beyond.”