US defence secretary set to visit India, in the first from Biden admin 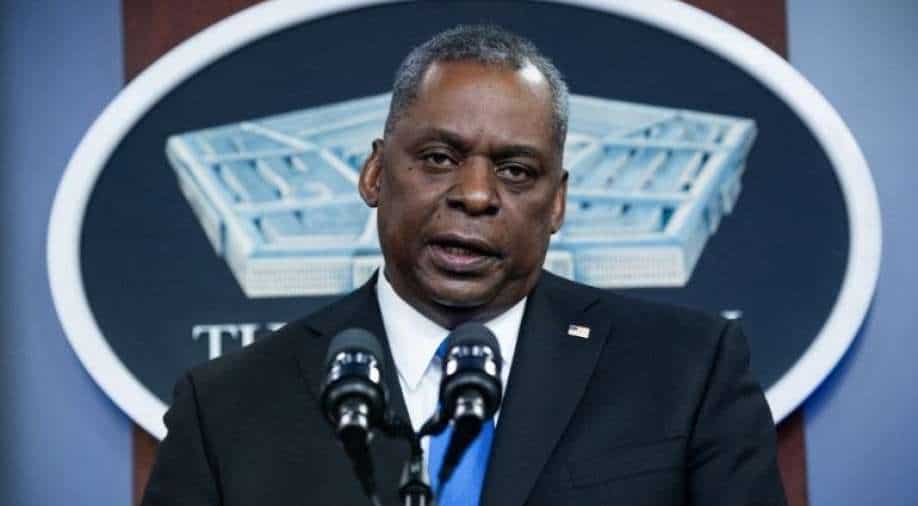 United States Defence Secretary Lloyd Austin will be on an India visit on March 19-21 as part of his first overseas travel since taking charge at the Pentagon. This is the first in-person visit by an official of the Joe Biden administration to India, and comes just two months after the new US president took charge. WION was the first channel to break the news over the weekend.

Announcing his visit, which will also take him to Japan and South Korea, the US defence secretary tweeted, "I’ll then travel to India to meet with my counterpart, Minister of Defense Rajnath Singh , and other senior national security leaders to discuss deepening the US-India Major Defense Partnership and advancing cooperation between our countries."

In a statement ahead of Austin's weeklong trip to the region that begins on March 13, the Pentagon said that the focus will be on "advancing cooperation between our countries for a free, prosperous and open Indo-Pacific and Western Indian Ocean Region."

His visit comes in the backdrop of the first summit of Quad- India, Australia, Japan and the US- which will be held virtually. This is the first such meet at the leadership level for the grouping. Previous meetings have been at the levels of senior officials and foreign ministers.

During the visit, Austin will hold talks with Indian Defence Minister Rajnath Singh.

"Both sides are expected to discuss ways to further strengthen bilateral defence cooperation and exchange views on regional security challenges and common interests in maintaining a free, open and inclusive Indo-Pacific region," the Indian defence ministry said in a statement.

Both countries have increased defence partnership in recent years. India signed four key defence pacts with US in the past few years. The Communications Compatibility and Security Agreement (COMCASA) in 2018 enhanced information sharing and interoperability. The Industrial Security Annex (ISA), signed in December 2019, allows for the transfer of technologies in support of defence production. The Basic Exchange and Cooperation Agreement (BECA) is for sharing unclassified geospatial information. The agreement on Navy-to-Navy Information Sharing was signed in October 2020.

India has substantially increased its acquisition of US defence equipment, with Indian forces operating US-sourced platforms such as P-8s, C-130Js, C-17s, AH-64s, CH-47s, Precision Guided-Excalibur Munitions, and M777 howitzers. In February, India agreed to acquire Apache and MH-60R multi-mission helicopters worth $3.1 billion, and is considering other US systems.

US has sent its laison officer for the Information Fusion Centre for the Indian Ocean Region (IFC-IOR) based in Gurugram, which keeps an eye on any movement in the Indian Ocean region. This is key to track the movement of Chinese vessels that have been encroaching into the area. Both have been part of joint military-to-military exercises like Tiger Triumph and Malabar.