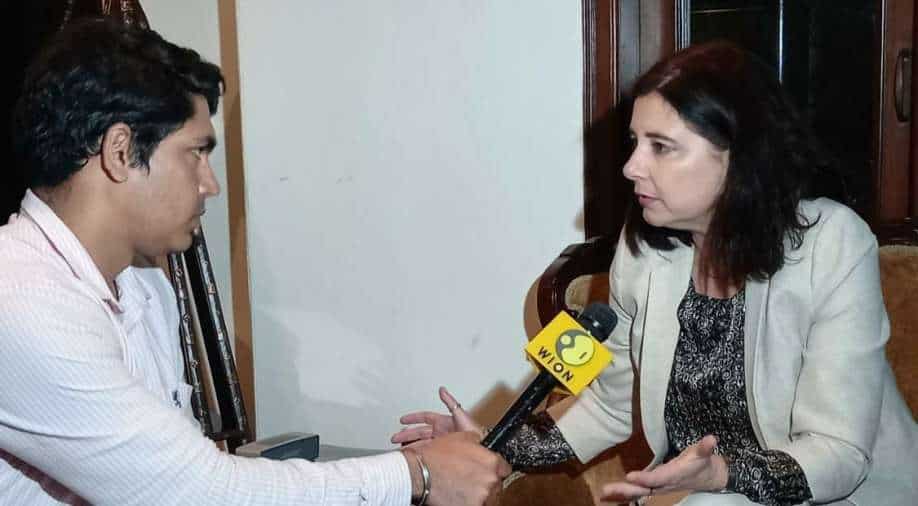 Romania's envoy to Delhi Daniela-Mariana Sezonov Ţane has said that her country will be providing food and accommodation to students who are being evacuated from war-torn Ukraine. Speaking to our Principal Diplomatic Correspondent Sidhant Sibal, envoy Daniela said, "Romanian govt offered support for a couple of days with food and accommodation to students and not only students but also Indian citizens coming from Ukraine".

Earlier today, the first batch of Indian students crossed the Indian evacuees from Ukraine and reached Romania via the Suceava border crossing. The Ministry of external affairs' teams at Suceava will now facilitate travel to Bucharest for their onward journey to India.

Indian government-chartered flights are expected to reach the country to ferry them back home.

She also expressed her worry over the refugee influx saying, "There is a crisis cell in Romania preparing for refugees. We don't know how many they will be."

The Indian external affairs minister Dr S Jaishankar on Thursday had spoken to several eastern European foreign ministers including Romanian FM about the unfolding crisis in Ukraine and the evacuation of Indian nationals.

Sidhant Sibal: How worried is Romania when it comes to the ongoing Russian invasion of Poland?

Daniela-Mariana Sezonov Ţane: I think everybody is worried, not only my government but also the Indian govt, EU countries all worried. Frontline countries, neighbouring countries, like Romania, Poland, also Hungary which may have to face a big influx of refugees, we are worried, we have to prepare for that.

There is a crisis cell in Romania preparing for refugees. We don't know, how many they will be. It is very difficult to predict, it is impossible for the time being to know what will unfold. What we hope is that in the 12th hour, diplomacy will prevail and Putin will stop his attacks. As you may know, the EU stands together, we have a common position, a very strong common position of the 27 EU member countries against the Russian aggression calling to halt for the cessation of hostilities and announcing very strong sanction measures against Russia if this situation continues.

Sidhant Sibal: In India, both foreign ministers have spoken to each other, there are plans to bring Indian students to your country, if you can give us the details?

Daniela-Mariana Sezonov Ţane: Yes it is right, yesterday evening minister Jaishankar spoke to minister Bogdan Aurescu and Romania will give its full support to the Indian students crossing the border into our country. There are consular teams from India, which probably have reached the border with Ukraine in the north of the country and they will help the students reach Bucharest.

Also read | 'This might be the last time you see me alive': Ukraine President Zelensky to European Union leaders

From Bucharest, there will be flights to India organised by the Indian govt. Romanian govt offered support for a couple of days with food and accommodation to students and not only students but also Indian citizens coming from Ukraine but we also have to prepare for a longer stay of refugees from Ukraine. Indian citizens will be taken care of by the Indian government, we are in full support of them and as I have said, we will help them for a couple of days but in the long term, we will have to prepare for support and humanitarian assistance for the Ukrainian refugees. If the crisis will continue, they might have to stay longer in our countries.