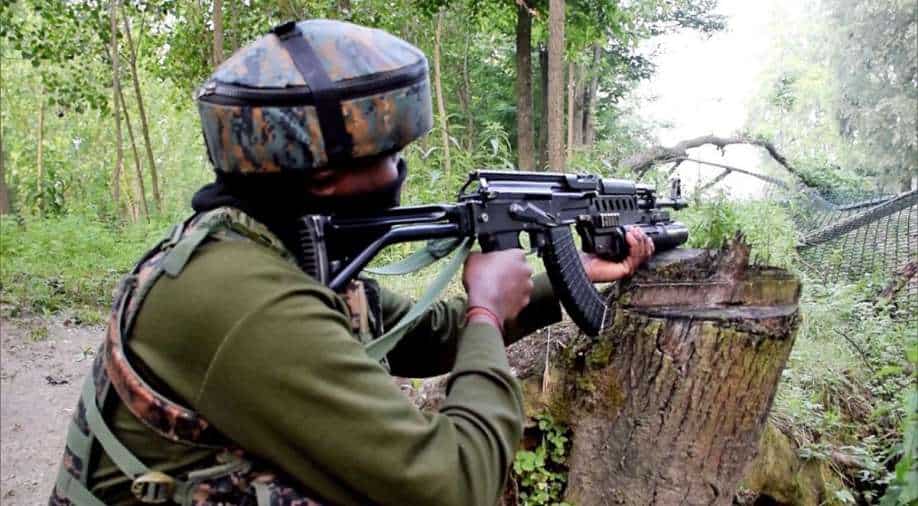 Two terrorists were killed in an encounter in South Kashmir's Pulwama district. Both the terrorists belonged to the Jaish-e-Mohammad outfit. They have been identified as Abid Shah and Saqib by Jammu and Kashmir Police and were involved in the killing of police constable Riyaz Ahmad.

An operation that started yesterday was concluded today with the killing of two Jaish terrorists. Both the terrorists are locals. Arms and ammunition have been recovered from the encounter site as well.

"We have killed two terrorists of the Jaish outfit." We had a tip off last night. The initial gunfight started last night, and we kept the operation on hold for the night. With the first light, we started the operation again. Saqib and Abid Shah of Jaish were killed. They were involved in the killing of police constable Riyaz Ahmad. This is justice for him. "said Vijay Kumar, IG Kashmir.

Jammu and Kashmir Police say that 54 encounters have taken place this year in the Kashmir region. In these operations, 86 terrorists have been killed, with 26 being foreigners. Jammu and Kashmir police have arrested 44 active terrorists and 183 over-the-ground workers (OGW). This year's data suggests that 14 civilians and 16 security personnel have also lost their lives in terror attacks this year.