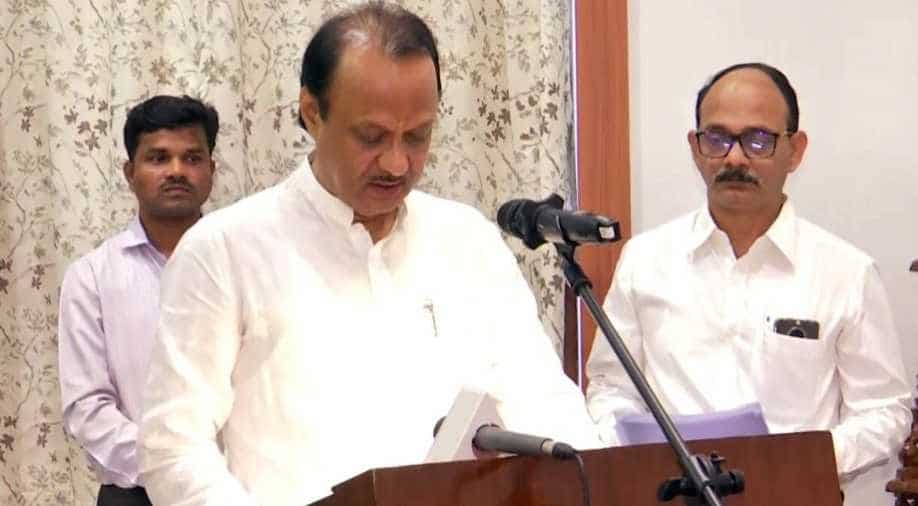 After being sworn-in as Deputy Chief Minister of Maharashtra on Saturday, NCP Ajit Pawar said that it's more suitable for two parties (BJP-NCP) to come together to form a government rather than three parties (NCP-Congress-Shiv Sena) to strive for it.

The move came at a time when deliberations between Congress, NCP and Shiv Sena seemingly reached the final stage on Friday.