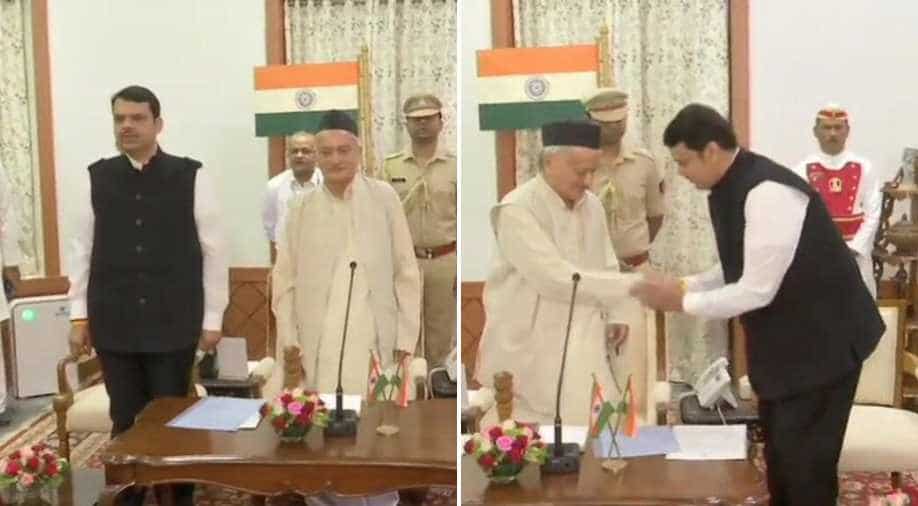 Nationalist Congress Party leader Ajit Pawar was sworn in as deputy chief minister of the state.

Prime Minister Narendra Modi congratulated Devendra Fadnavis and Ajit Pawar for taking oath as the CM and deputy CM respectively in a tweet immediately after the duo took oath.

''I am confident they will work diligently for the bright future of Maharashtra,'' added Modi.

''From result day to this day no party was able to form Govt, Maharashtra was facing many problems including farmer issues, so we decided to form a stable government,'' Ajit Pawar after taking oath as Deputy CM reportedly told ANI.

The development comes at a time when deliberations between Congress, NCP and Shiv Sena seemingly reached the final stage on Friday.

Congratulations to @Dev_Fadnavis Ji and @AjitPawarSpeaks Ji on taking oath as the CM and Deputy CM of Maharashtra respectively. I am confident they will work diligently for the bright future of Maharashtra.

Earlier, NCP supremo Sharad Pawar had claimed that there was a consensus on Sena chief Uddhav Thackeray as chief minister of the alliance government.

Shiv Sena parted ways with BJP to explore ways to form a government. It, however, failed to prove the support of the required number of MLAs in the time given by state Governor Bhagat Singh Koshyari.