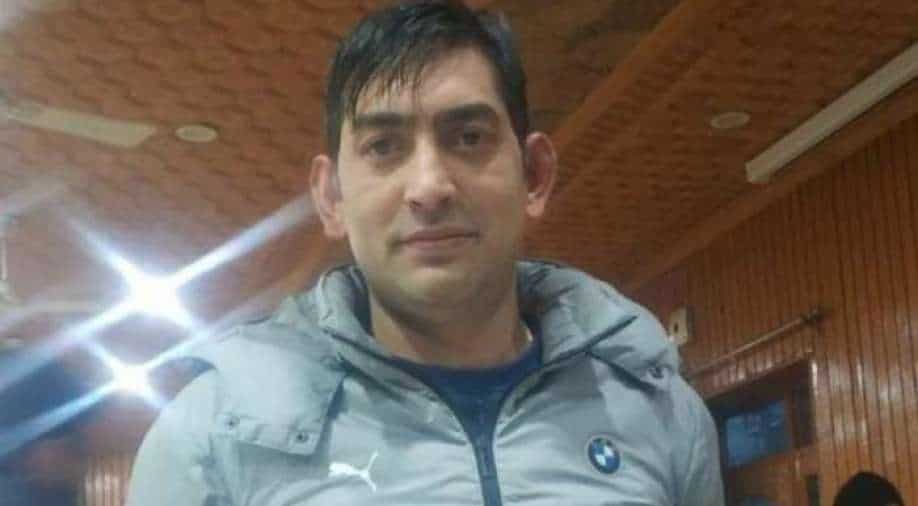 After killing Rahul Pandit, both terrorists shifted their base to the Bandipora district. The police, who were tracking them, located their hideout in the Aragam area of the district and eliminated them. Photograph:( Reuters )

Jammu and Kashmir Police on Friday claimed to have gunned down two terrorists responsibile for the killing of a Kashmiri Pandit, Rahul Bhat, during an encounter in Bandipora district.

According to police, the terrorists belonged to the proscribed Lashkar-e-Taiba (LeT) and had recently infiltrated the Kashmir valley from across the border.

The terrorists who are from Pakistan have been identified as Faisal alias Sikander and Abu Ukasa.

According to the J&K Police, Faisal was involved in the killing of 3 J&K policemen in Bandipora on Dec 10 and Feb 11 this year.  These terrorists had recently shifted base to central Kashmir.

After killing Rahul Pandit, both terrorists shifted their base to the Bandipora district. The police, who were tracking them, located their hideout in the Aragam area of the district and eliminated them.

"The deceased LeT terrorists were being tracked for some time. They had infiltrated and on Wednesday, we had launched an operation in Bandipora in which one terrorist was killed.  Lateef (another terrorist) was helping them move, and yesterday at the time of killing Rahul Bhat, we saw their movement again through our technical surveillance. After killing Bhat, they went to Bandipora back to their hideout. We kept tracking them and in a joint operation, both the Pakistan-based terrorists were killed," Iftikhar Talib, head of Special Operations Group, J&K Police, said.

The police officer added that their accompalice, Lateef, is still missing. He said, "We are tracking him."

He further said that the search operation is still in progress to locate other infiltrators.

Police had earlier killed Hyder who was an accomplice of the same gang during an encounter on Saturday at Devsar in Kulgam district of south Kashmir.

Jammu and Kashmir Police said that with the killing of two LeT terrorists at Aragam Bandipora, the entire group of three terrorists who had recently infiltrated from the Pakistan Occupied Kashmir have been eliminated.

The first terrorist who was killed earlier on Wednesday was identified as Gulzar Ahmad Ganai from Pattan Baramulla. He crossed over to Pakistan in 2018 on a valid Pakistani visa and came back as a trained terrorist.

He had infiltrated with two other terrorists from the Line of Control. The two terrorists killed today (Friday) are suspected to be from Pakistan.