To circumvent FCRA, Amnesty remitted large amounts of money to entities in India by classifying it as FDI: Home ministry 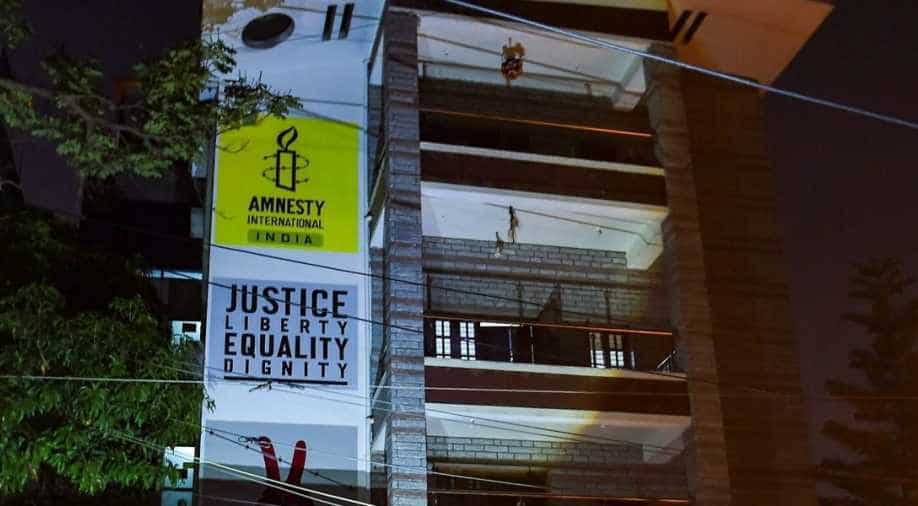 The Indian government said, "Amnesty International had received permission under Foreign Contribution (Regulation) Act (FCRA) only once and that too 20 years ago (19.12.2000)."

India's Ministry of Home Affairs(MHA) said today that Amnesty International has been denied FCRA approval by successive governments since it's not eligible to get such approval.

"In order to circumvent FCRA regulations, Amnesty UK remitted large amounts of money to four entities registered in India, by classifying it as FDI," the MHA said.

Earlier, the Indian arm of the group had said that the government had frozen all its bank accounts prompting it to halt all of its work in the country. The watchdog had also accused the government of indulging in a "witchhunt" against human rights organisations.

The ministry, however, asserted that the stand and statements by Amnesty International were "unfortunate, exaggerated and far from the truth."

The group had said a freeze was put on its bank accounts on September 10 and as a result, it has had to lay off staff and shut operations.

The government however said that, "Amnesty International had received permission under Foreign Contribution (Regulation) Act (FCRA) only once & that too 20 years ago (19.12.2000)."

"Owing to these illegal practices of Amnesty, the previous government had also rejected repeated applications of Amnesty to receive funds from overseas. This had led Amnesty to suspend its India operations once during that period as well," the ministry informed while adding that Amnesty International "is free to continue humanitarian work in India".

"However, India doesn't allow interference in domestic political debates by entities funded by foreign donations. This law applies equally to all and it shall apply to Amnesty International as well," the government said.