The Indian beauty queen that no one has heard of 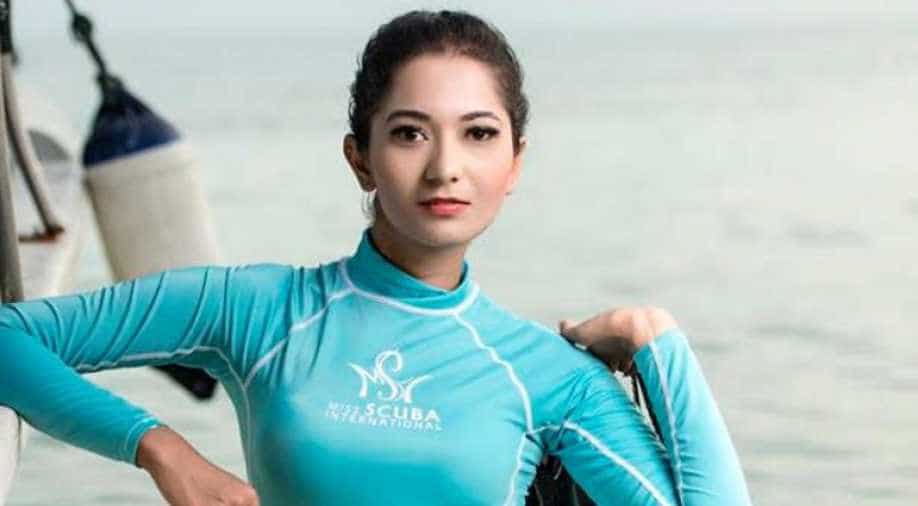 There were a total of 16 contestants from countries including the US, UK, and the Netherlands, and it was the first time an Indian was competing but Varsha won.

Varsha could now, arguably and with a little hyperbole, be called “chief spokesperson of the world's oceans”.

But, she had told WION when we first met her, the people are not listening to her.

“I tell them not to litter and they say, 'You're a marine environmentalist. Why do you care about littering on land?'

“But all that plastic... it ends up in the ocean,” says Varsha.

“Do you know the five ocean gyres are full of plastic?”

The five ocean gyres are the world's major ocean currents.

That “patch” is a gargantuan floating collection of litter in the North Pacific Ocean, most of it having made its way from the land to the sea.

There is also an Indian Ocean Garbage Patch.

This plastic – and global warming, and tourism – is beginning to affect the world's oceans beyond repair.

The plastic breaks down into micro-plastics which are then ingested by fish. We eat the fish, along with the plastic in them.

The toxins released by the breakdown of the plastic are also hurting marine life.

The most obvious effect of the warming is coral bleaching, or the dying of coral reefs. They go from being vividly colourful to white overnight.

Caused by a sudden rise in water temperature, entire sections of coral reef in the Andamans have been known to bleach overnight.

Giving up the crown
Varsha gave up her crown (all good things must come to an end, and you only get to be queen for a year) in November last year.

What was that like? "Emotional," says Varsha. Any separation anxiety? "Yes," says Varsha, "you get used to the crown. To being a queen."

Did she cry? "Yes, but with a smile." Did she cry when she had won? "Oh yes," says Varsha. "Especially because they announced the winner's name as India, not Varsha Rajkhowa."

So, what now?
"My work as an ocean ambassador starts now," says Varsha, adding that her responsibilities have increased. She means that in the year she was reigning queen, she got to travel and tour with the Miss Scuba International organisation, but that she now has to talk about the world's oceans, their conservation, and scuba diving (remember what the award is called) and safe diving practices — all on her own.

"I'm working with the people I can," says Varsha, "schools and colleges, spreading awareness." She says that she was recently in the Konkan region, where she talked about plastic, the damage it can do, and how to limit it.

Varsha also did an awareness programme recently with the Climate Reality Project, a non-profit working on education and advocacy related to climate change..

What about the public? Are they listening?

“They will listen,” Varsha had told WION after winning her crown. “You tell people that we will be left with no oceans by 2030 if we are not careful – and if there are no oceans, there will be no earth – and they will listen.”

Are they listening now?

"They are,' says Varsha. "They even do what you ask them to for a day or two. But there isn't very much follow-up."