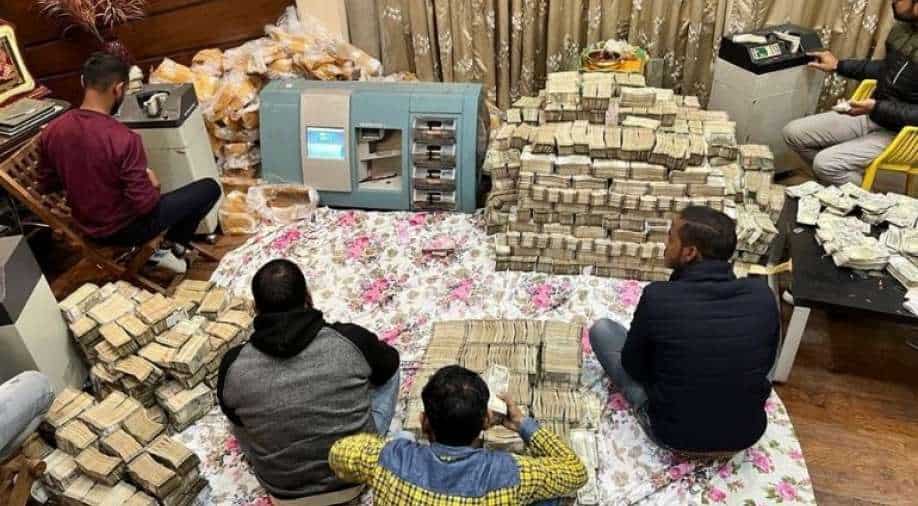 According to DGGI sources, the searches, which started on Friday, unearthed Rs 1.7 billion from Jain's Anandnagar house in Kanpur and Rs 1.1 billion in unaccounted cash from his Kannauj house.

Indian businessman Piyush Jain was arrested on suspicion of tax evasion on the night of December 26 after government authorities searched his properties for more than 40 hours in what turned out to be possibly the largest cash seizure in recent history.

According to sources, a total of Rs 2.8 billion (approximately $38 million) in cash has been confiscated from Jain-linked sites, with more expected to emerge as the marathon searches enter their fourth day. The funds were allegedly related to a goods transporter's dispatch of products using false invoices and no e-way bills.

Officials from the Goods and Services Tax (GST) are conducting raids in Uttar Pradesh and Gujarat.

“Piyush Jain has accepted that the cash recovered from the residential premises is related to the sale of goods without payment of GST. In view of the overwhelming evidences available on record indicating large scale evasion of GST by Odochem Industries, Kannauj," the DGGI was quoted as saying by ANI.

A team of 50 tax officials, comprising units from Uttar Pradesh and Gujarat (Ahmedabad), were involved in search operations.

Sources privy to the probe said Jain was taken to a safe house and questioned for several hours. A set of questions were posed to him, but he was not able to satisfy the investigators.

Jain was arrested for evasion of tax and making multiple invoices in the name of fake firms.

The following are the specifics of the large sums of money, jewellery, and other valuables discovered from his properties:

According to DGGI sources, the searches, which started on Friday, unearthed Rs 1.7 billion from Jain`s Anandnagar house in Kanpur and Rs 1.1 billion in unaccounted cash from his Kannauj house.

Ahmedabad recovered Rs 10 crore more cash from the factory and residence of perfume businessman Piyush Jain, who is the promotor of Odochem Industries in Kannauj district in Uttar Pradesh, official sources said. 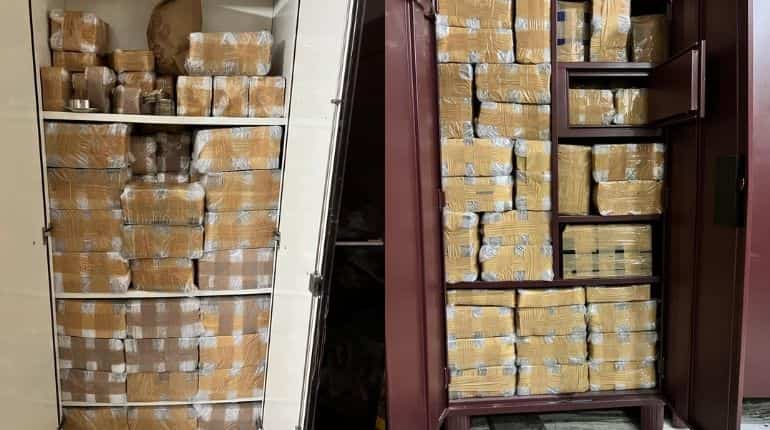 (Images of cash seized during the raid.)

Over 40 raids and more than 10 cash counting machines

The marathon raids and searches at Jain's properties have been ongoing for the past 40 hours and will continue for the next few days.

To investigate the truth of his claims, the investigating officers are engaged in breaking the safe and walls of his ancestral Chhipaiti house in Kannauj. Agencies have also recovered 250 kg of silver and 25 kg of gold from the Kannauj residence.

Jain has been arrested by DGGI under section 67 of CGST Act, and he will be produced before a court today. pic.twitter.com/dUX37ew8tz

There were also nine drums of'sandal' oil discovered here, as well as bundles of Rs 2,000 notes recovered from cardboard boxes. A note counting machine was also discovered at the home of the businessman.

Meanwhile, Piyush's Kannauj home has been discovered to have a cellar. The investigating team is also concerned about the presence of further hidden lockers within Piyush Jain's home's walls. A team of architects and professionals has been dispatched from Lucknow to find them.

Piyush Jain claimed to own around 40 companies. Two of them are rumoured to be located in the Middle East.

Around 300 keys were taken from four Jain-related homes. According to sources, locksmiths have also been called in because some locked doors cannot be unlocked.