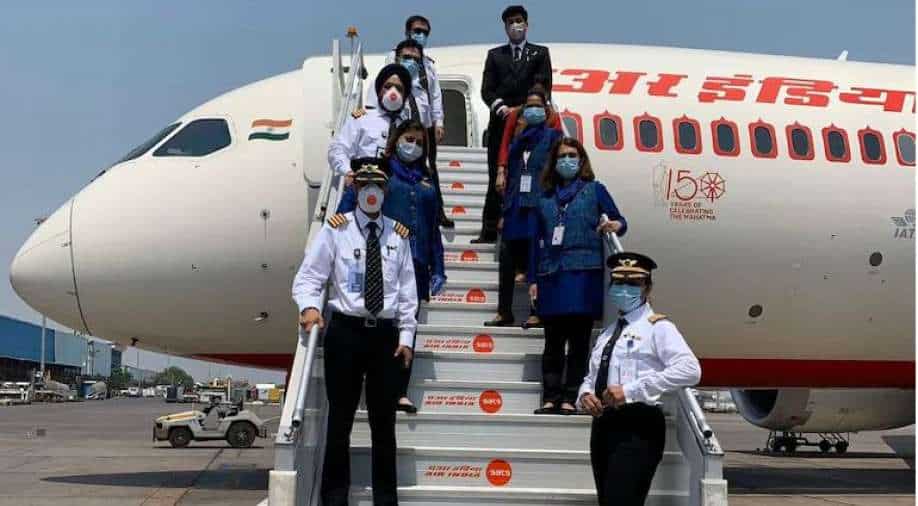 Air India is reportedly planning to check the body mass index of its cabin crew, as well as their overall grooming and appearance

N Chandrasekaran, the chairman of Tata Sons—who control the entire Tata conglomerate—called on Prime Minister Narendra Modi in Delhi earlier in the day ahead of the official handover.

However, even before the new and revamped airline takes off, the company seems to have already taken various measures to make the airline competitive again.

Part of this makeover includes making the cabin crew “well-groomed” and presentable to the passengers. And one way to make sure that the staff look good is to check their weight.

According to reports, Air India is planning to check the body mass index (BMI) of its cabin crew, as well as their overall grooming and appearance.

The order dated January 20, 2022, states that “grooming associates” have been assigned to record the BMI of cabin crew when they report for flight

“These observations must be compiled and sent to my office,” Vasudha Chandana, Executive Director —In-flight Services, Air India, said in the order to all cabin crew members.

Each cabin crew shall be observed or assessed once on a quarterly basis, she noted.

But the order drew flak from the worker unions who deemed the missive as “dehumanising”.

The carrier's two unions —Air India Employees' Union (AIEU) and All India Cabin Crew Association (AICCA) —on Monday wrote a letter to Chairman and Managing Director (CMD) Vikram Dev Dutt opposing the order on the grounds that it is dehumanising and in violation of rules prescribed by aviation regulator DGCA.

The AICCA has also threatened to seek legal recourse if the said requirement on BMI/weight checks by grooming associates is not withdrawn.

Among the other measures taken by the Tata management includes flight announcements addressing passengers as ‘Guests’, and a recorded message of Ratan Tata to be played in each and every flight.

The Tata group already has announced an ‘enhanced meal service’ in Air India’s four flights, namely AI864 Mumbai-Delhi, AI687 Mumbai-Delhi, AI945 Mumbai-Abu Dhabi and AI639 Mumbai-Bengaluru from January 27 only. This will be expanded in other flights and routes in a phased manner.