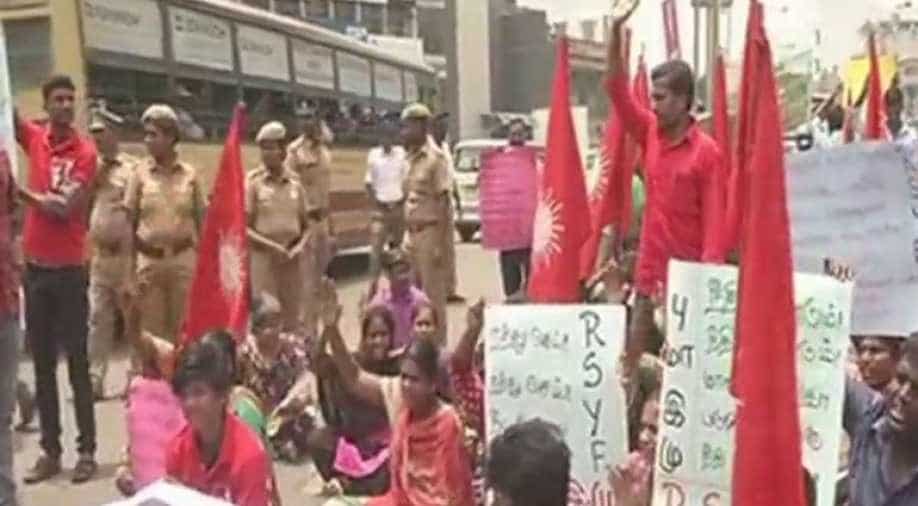 Anitha had scored 1,176 marks out of 1,200 in her class XII boards but did not get into a medical college because she did not do well on the NEET exam. Photograph:(ANI)
Follow Us

Protests over the suicide of the Dalit girl who had moved the Supreme Court against the NEET exam broke out across Tamil Nadu on Saturday.

The reports said the protesters blamed the central government for Anitha S's suicide.

Centre must think of it& cancel NEET in Tamil Nadu students' interest or at least have it as per +2 syllabus: TTV Dhinakaran #Anithasuicide pic.twitter.com/Fb2kjFqhnm

Anitha had said the common exam worked against applicants from rural areas, the Hindustan Times reported.

The court had turned down her petition a few months ago.

News reports said Anitha had been depressed ever since.

On Friday, she was found hanging in her home in Ariyalur district.

Anitha had scored 1,176 marks out of 1,200 in her class XII boards but did not get into a medical college because she did not do well on the NEET exam.

She was however offered a seat, to study aeronautical engineering, at the Madras Institute of Technology.

The Opposition DMK had on Friday blamed the state government for Anitha's suicide.

On Saturday, the Indian Express reported the DMK's Stalin as calling the government inept.

Tamil Nadu chief minister had on Friday ordered an ex-gratia payment of Rs 7 lakh to Anitha's family and a job to one member of the family.

HT reported that Anitha's father is a daily wage worker; she lost her mother early.

And that none of her four brothers had a steady job.