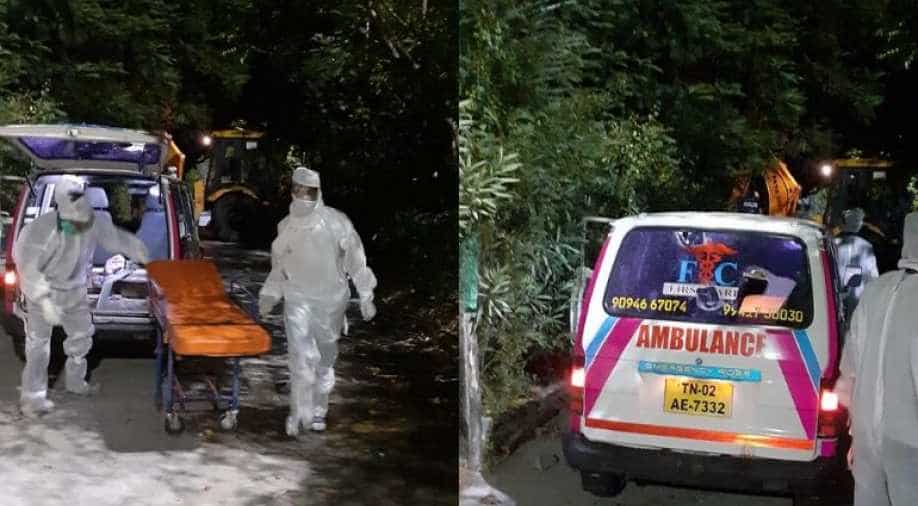 At a time when all states across India have been on an 'Unlock' mode from the start of June, the Tamil Nadu government was the first to re-intensify the lockdown amid rising cases.

Tamil Nadu has surpassed yet another grim milestone of 60,000 total Coronavirus cases, this comes on a day when the state has seen its highest yet tally of 2710 cases. Currently, the total cases stand at 62,087.

It was on June 3rd that Tamil Nadu’s total case count had breached the 25,000 marks and it has taken barely 18 days for the state to record over 35,000 new cases.

However, the state’s high recovery rate of 55% (34,112 recoveries) remains a silver lining. So far, 794 people in the state have succumbed to the deadly pandemic.

At a time when all states across India have been on an 'Unlock' mode from the start of June, the Tamil Nadu government was the first to re-intensify the lockdown amid rising cases.

Since Friday (June 19th), Tamil Nadu’s capital city Chennai and three of its adjoining districts have been on a 12-day lockdown, until June 30th. This lockdown was announced owing to the high population density in these districts and the fact that over 82% of the state’s total Covid-19 cases were from here.

Amid rising cases in Southern districts of Tamil Nadu, the government on Monday announced a lockdown in areas under Madurai district including, Madurai Corporation limit, Paravai town Panchayat and certain rural blocks. This lockdown, which is broadly similar to the one that is enforced in Chennai, would be effective from June 23rd (Tuesday) until June 30th. In recent weeks there have been a higher number of new cases from various districts in Tamil Nadu, following a mass exodus of people from Chennai to their native places.

Notably, Tamil Nadu has been conducting the highest number of tests in India. According to the State Health bulletin, 9.19Lakh samples and 8.76lakh persons have been tested. In recent days, the state has consistently been conducting over 20,000 tests daily.

During his briefing on Monday, Health Minister Dr.Vijayabaskar said that the Chief Minister Edappadi K Palaniswami’s Covid-19 test results returned negative. A handful of elected representatives have been affected by Covid-19 in the state and few Government officials have also, unfortunately, lost their battle to the deadly virus.

So far, one Minister and an MLA from the ruling party have tested positive, while One Opposition MLA succumbed to the virus and another MLA is undergoing treatment. In the previous week, one Police officer and a senior secretary in the Chief Minister’s office had lost their battle against the virus.

On Saturday, after inspecting the medical facilities, Chief Minister K Palaniswami had said that the state has 83 Covid-19 testing centres, which is the highest in the country. He added that there were 17,500 beds kept ready in Chennai. He also urged people to wear masks and follow physical distancing when venturing out.

Currently, Tamil Nadu has 27,178 active cases, of which 22,001 are in Chennai and its three adjoining districts alone.