Swaraj's UN speech arrogant but there is terrorism in Pakistan: Chinese media 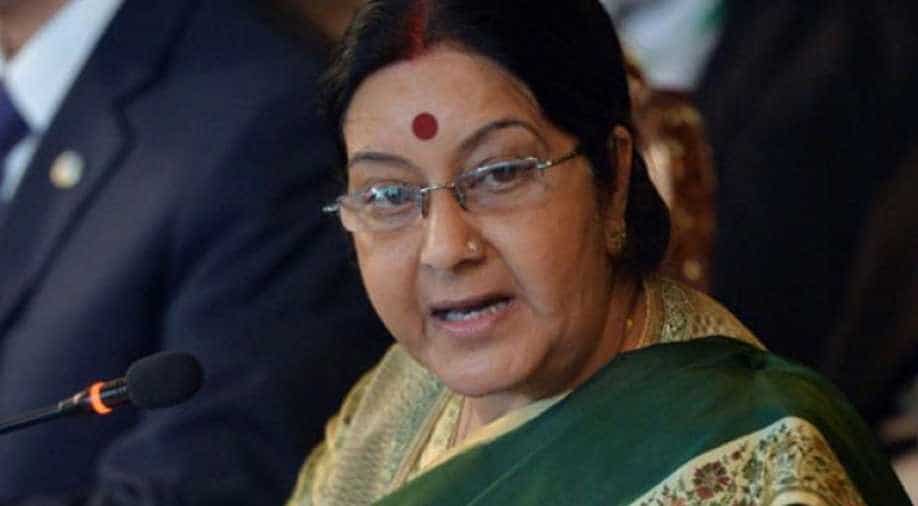 'We established scientific and technical institutions which are the pride of the world. But what has Pakistan offered to the world and indeed to its own?people apart from terrorism?' Photograph:( Zee News Network )

Her speech riled all-weather friend of China. The official media of China termed it as 'bigotry'.

Terming as "arrogant" External Affairs Minister Sushma Swaraj's scathing attack on Islamabad at the UN for being the pre-eminent terror factory, a state-run Chinese daily on Tuesday in a grudging admission said, "there is indeed terrorism in Pakistan".

"India and Pakistan became free within hours of each other. Why is it that today India is a recognised IT superpower in the world, and Pakistan is recognised only as the pre-eminent export factory for terror?", Swaraj said in her speech at the UN General Assembly.

"We established scientific and technical institutions which are the pride of the world. But what has Pakistan offered to the world and indeed to its own people apart from terrorism? We produced scholars, doctors, engineers. What have you produced? You have produced terrorists", she said referring to terrorist groups like Lashkar-e-Taiba and Jaish- e-Muhammad.

Her speech riled all-weather friend of China. The official media of China termed it as "bigotry".

"There is indeed terrorism in Pakistan. But is supporting terror the country's national policy? What can Pakistan gain from exporting terrorism? Money or honour," said an editorial in the state-run daily Global Times.

"With smooth development of its economy and foreign relations in recent years, an arrogant India has looked down on Pakistan and assumed a haughty air with China," said the editorial titled 'India's bigotry no match for its ambition'.

It takes for granted that it should be feared by neighbours and wooed by the US and Europe. If smart enough, India should befriend China and respect Pakistan, preventing disputes from spilling over, it said.

"She was also deemed by Indian media as having taken a veiled dig at China for blocking international efforts to blacklist Jaish-e-Mohammad chief Masood Azhar," the report said apparently referring to Beijing's blocking of India's efforts to declare Azhar as a terrorist by the UN.

The editorial also made references to the 73-day standoff between India and China at Doklam in the Sikkim section which ended on August 28.

"India also seems to assess China's strategic hostility with its own logic. China's sound relations with Pakistan are to counter India. China's road construction in Doklam is to threaten the security of its Siliguri Corridor and China's Belt and Road initiative operates programmes with Pakistan and other South Asian countries to encircle India. In any case, India's interests always reside at the epicenter of this logic," it said.