'South China Sea will be discussed during President's visit to India,' says Vietnam ambassador to India 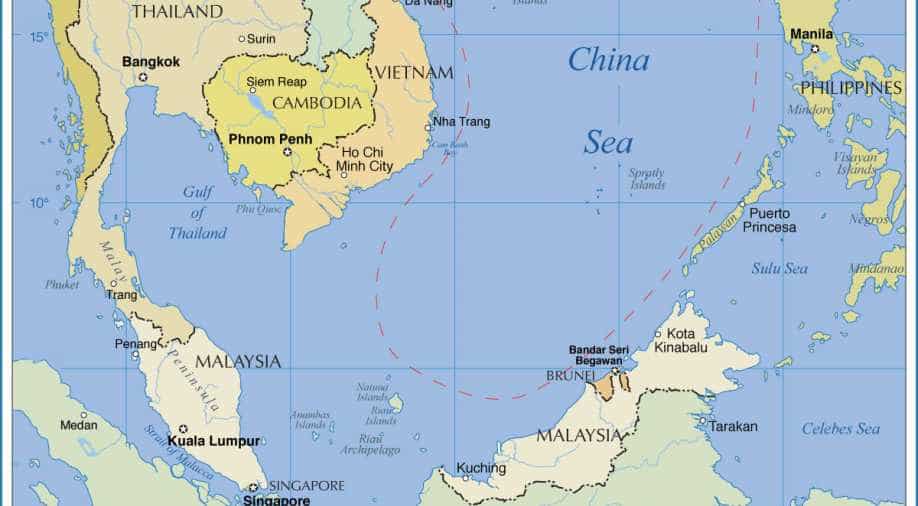 China claims nearly all of the sea, even approaching the coasts of its neighbours Photograph:( Others )

Ton Sinh Thanh, Vietnam's ambassador to India, said today President Tran Dai Quang who will be visiting India next week will be discussing the South China issue with PM Modi.

"Vietnam is one of the few countries in South-East Asia that is raising its voice against China flexing its muscles in the South China Sea. China claims a number of territories and islands as its own over the South China Sea," Ton Sinh Thanh said.

Vietnam along with several other countries including Brunei, Taiwan, Malaysia, Indonesia, the Philippines have questioned China's sovereignty over islands in the South China Sea.

In fact, the US administration has deployed several ships including nuclear-powered aircraft carriers in a bid to thwart China's attempt to dominate the area along the South China Sea.

The international tribunal at The Hague had earlier ruled that China has no historic claim over the waters, despite this reports say the Communist country continues to build large-scale military infrastructure along the disputed islands to the dismay of its neighbour.

The area is also huge trading point as an estimated $5 trillion worth of global trade passes through the disputed territories in the South China Sea.