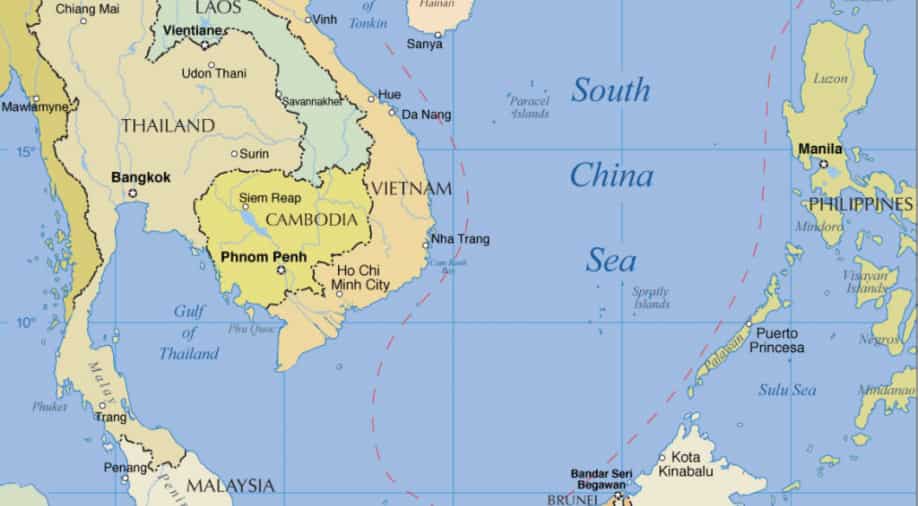 China’s defence ministry said the repeated dispatch of US warships to the region was “undermining regional peace and stability” and hurting bilateral relations. Photograph:( Others )

China’s foreign ministry has accused a US warship of entering its territorial waters without permission and said it would take “necessary measures” to ensure its sovereignty is protected.

On the evening of January 17, the missile destroyer USS Hopper came within 12 nautical miles of Huangyan Island in the South China Sea, the ministry said on its website on Saturday.

Huangyan Island is also known as the Scarborough Shoal, a disputed territory in the South China Sea claimed by the Philippines as well as China.

Lu said the ship violated China’s sovereignty and security interests and threatened the safety of China’s vessels and personnel in the vicinity.

The United States has criticized China for constructing islands and military installations in the region, saying they could be used to restrict free nautical movement. US vessels have conducted a series of “freedom of navigation” patrols in the region.

China “firmly opposes” efforts to use freedom of navigation as an excuse to hurt its sovereignty and urges the United States to “correct its mistakes”, Lu said.

In a separate statement on Saturday, China’s defence ministry said the repeated dispatch of US warships to the region was “undermining regional peace and stability” and hurting bilateral relations.