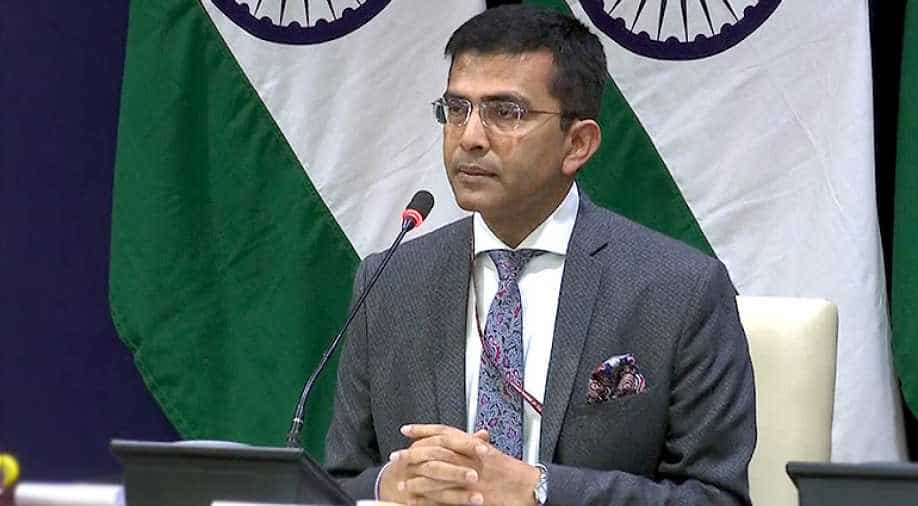 The spokesman added that India lost one MiG-21 aircraft today and the pilot is missing in action.

"Pakistan has responded this morning by using its Air Force to target military installations on the Indian side. Due to our high state of readiness and alertness, Pakistan's attempts were foiled successfully," Kumar said.

He said PAF was detected and the Indian Air Force responded instantly.

"In this engagement, we have unfortunately lost one MiG 21. The pilot is missing in action. Pakistan has claimed that he is in their custody. We are ascertaining the facts," he said.

The fighter jet was one of the three planes which violated Indian airspace and reached Nowshera on Tuesday morning. As tensions escalated, Indian authorities closed airports in Leh, Jammu, Srinagar and Amritsar for civilian traffic. The Pathankot airport was put high alert.

Meanwhile, US Secretary of State Mike Pompeo urged India and Pakistan to exercise restraint and avoid escalation at any cost.

On Monday, India's Mirage 2000 fighter jets carried out air strikes across the Line of Control(LoC) in Balakot in retaliation against the terror attack on CRPF personnel on February 14th.