Pakistan fighter planes enter Indian airspace in J&K; one reportedly shot down, others drop bombs when pushed back 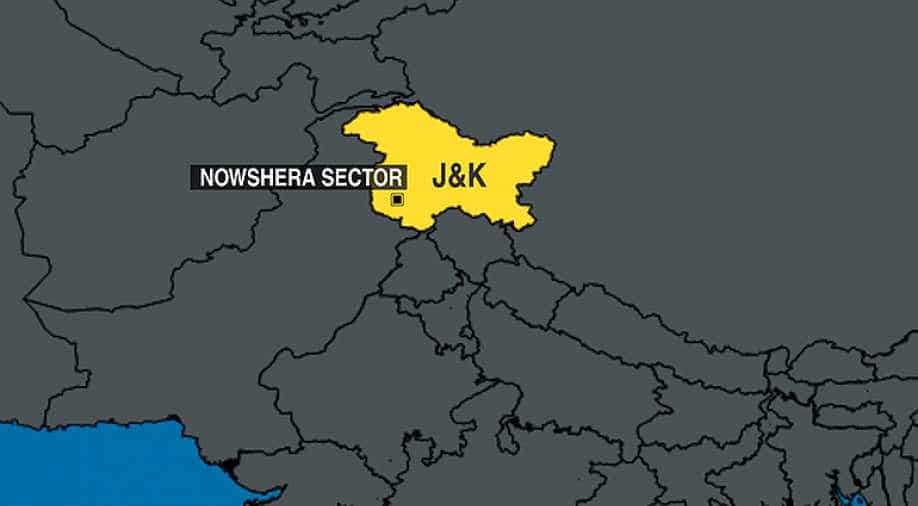 The map showing Nowshera in Jammu and Kashmir. Photograph:( WION )

This comes a day after the Indian Air Force pounded a terror camp run by Jaish-e-Mohammed in Pakistan.

India on Wednesday shot down a Pakistan Air Force's F-16 fighter jet in Jammu and Kashmir's Nowshera sector, news agency ANI reported. A parachute was seen as the F-16, which was shot down in Indian retaliatory fire 3 km within Pakistan territory in Lam valley, was going down, ANI further reported. The condition of the pilot is unknown, the agency said.

The fighter jet was one of the three planes which violated Indian airspace and reached Nowshera this morning. The Pakistani planes were pushed back by Indian fighter jets which were patrolling the area, a top official said.

The Pakistani jets dropped bombs while returning, officials said, but added that there were no immediate reports of any casualties or damage.

"The jets entered into Indian air space over Nowshera sector this morning," the official said.

They were immediately pushed back by Indian jets on air patrol.

The authorities have closed airports in Leh, Jammu, Srinagar and Amritsar for civilian traffic; the Pathankot airport has been put on high alert. Pakistan too has stopped its domestic and international flight operations from Lahore, Multan, Faisalabad, Sialkot and Islamabad airports.

The violation of airspace comes a day after the Indian Air Force pounded a terror camp run by Jaish-e-Mohammed in Pakistan's Balakot. The air strike was carried out by a fleet of 12 Mirage fighter jets which were mobilised from Gwalior in India and finished the operation in about 21 minutes.

The air strike came 12 days after a convoy of India's paramilitary force, the CRPF, was attacked in Jammu and Kashmir's Pulwama. Forty CRPF soldiers were killed in the attack which was carried out by Pakistan-based terror group Jaish-e-Mohammed.

India called the air strikes a "pre-emptive, non-military operation" meant to neutralise the JeM terror camp. Foreign Secretary Vijay Gokhale held a press briefing after the air strike on Tuesday and said the operation was carried out after specific intelligence input that JeM was planning to send more terrorists into India.