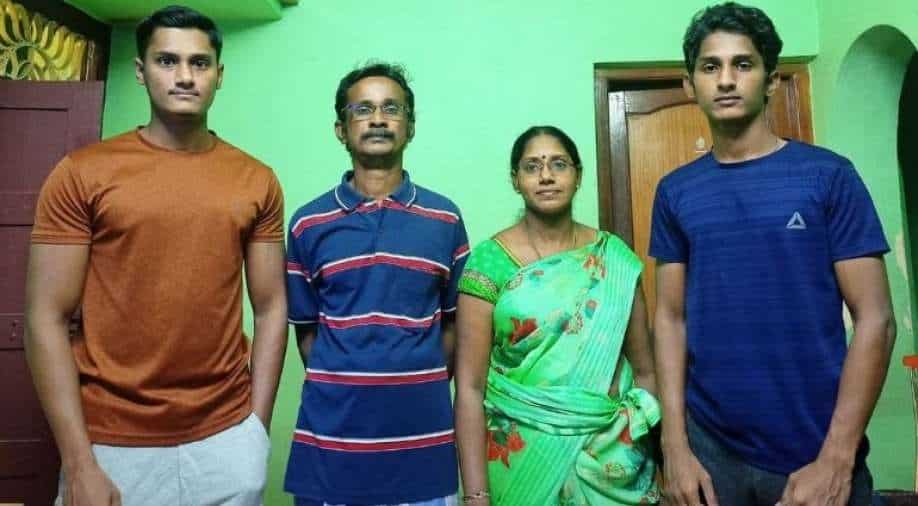 Shyam Sundar (first from left) with his parents and younger brother. Photograph:( WION )

WION spoke to Shyam Sundar, who will be commencing his training at the Indian Naval Academy (Asia's largest such facility) on February 6th.

Shyam Sundar, 24, just completed the final handover formalities of his Mechanical Design job at a leading Indian IT firm, where he was recruited fresh out of Engineering College.

The first graduate of the family is leaving behind his cherished first job. As he was the first member of their family to have a formal sector job, this job meant the world to their family that had been struggling to make ends meet.

His father, Umapathy, a security guard working in hotels, had lost his job amid the pandemic, whereas his mother, Anuradha, who runs a tailoring shop, earns the bare minimum.

Shyam's income held the family afloat and also paid for his younger brother's college education. But the young man is a chosen one, and he's getting ready to pursue his dream of becoming an Indian Navy Officer.

WION spoke to Shyam Sundar, who will be commencing his training at the Indian Naval Academy (Asia's largest such facility) on February 6th.

His dad is a security guard, mom a tailor, they stay in a rented house.1st grad in their family, Shyam quit his IT job after getting #navy call letter #India pic.twitter.com/GPsDQG97Bs

Growing up in Chennai, Shyam had to switch multiple schools in search of more affordable options, owing to his family's weak financial situation. However, the challenges before him only furthered his resolve to work harder and support his parents.

Following the State Board Syllabus, he received an overall grade point average of 91.4% in the subjects Math, Physics, and Chemistry on his 12th grade board exam.

This high score landed him an opportunity to pursue a Bachelor's degree in Mechanical Engineering, at a private college in the city.

Thanks to his commendable academic performance in college, he landed two job offers, from which he chose the mechanical design job with the IT firm. 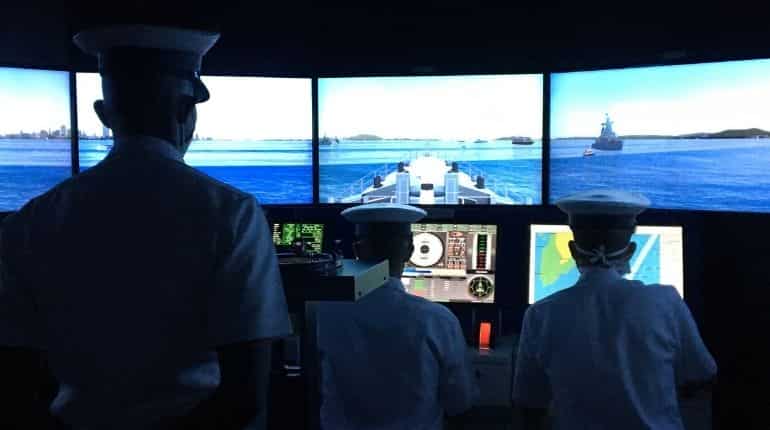 During college, his desire to keep himself fit drew him to the neighbourhood gym, one with bare-minimum manual equipment. It was there that he happened to have a chance meeting with a government employee, who rekindled the young man's idea of joining the Armed Forces and serving the country.

Thereafter, Shyam was put in touch with veteran Armed Forces officers, who guided him and provided more clarity on what lay ahead.

"I've always had a patriotic spirit, but I had to support my family right after my studies and had no option other than to take up the IT job. Working helped me seek a loan, and I could assist the family in settling down to a considerable level. That's when I came across the opportunity to apply for a career in the Indian Navy, and there were no second thoughts, " he recalls.

Despite it being his maiden attempt at this exam, it was his one and only shot at joining the Navy, owing to age criteria. Earlier, with hardly any preparation and guidance, he had also attempted similar exams such as the Air Force Common Admission Test and the Central Armed Police Forces Exam. However, both those attempts were unsuccessful.

"Amid my hectic work schedule, I had only two weeks to prepare for the exam. I had also sought 10 days of leave from work on an emergency basis in order to attend the interview. Besides the books that I managed to purchase, I also referred to certain websites and apps to gain further knowledge. Much of my preparation happened during my train journey from Chennai to Visakhapatnam (where the test happened), "he says regarding his preparation.

Up against candidates from well-to-do backgrounds and those with degrees from elite institutions, Shyam Sundar was the lone candidate to make it among the group that was interviewed in Visakhapatnam, Andhra Pradesh. Looking back, Shyam says he's glad to have focused on developing his personality and officer-like qualities, besides working hard on his communication skills and knowledge of current affairs.

Having received the call letter to join the Indian Naval Academy, Ezhimala, Kerala, the family is marshalling their resources to help their son achieve his dream of serving the country. Amid the pandemic, having lost his job as a security guard, Shyam's father is now looking for work, while his mother continues to take care of her tailoring shop. In his final year of college, his younger sibling is looking forward to finding a job and taking over the family responsibilities.

His mother, Anuradha, is happy that her son has gotten this far in life and is going to serve the country, but she also admits that it’s difficult for her as a mother to stay away from him.

"He's been with us throughout his schooling and college, so I find it a little hard to accept. However, all our relatives and friends encouraged me and made me understand the magnitude of his achievement. With our limited means, we couldn't do much for him. It was all his focus and effort that took him there, " she says.

Amid his frantic search for a job and managing to pay off their home rent and cover family expenses, the news of their son having made it to the INA, has made Shyam's father a happy man. "Everyone is telling us that it is a God-given life and career, and they are wishing him well for his future. They say that he'll return from the academy as a completely transformed person. Meanwhile, I can find work and contribute to the family," Umapathy beams with pride.

At the INA, Shyam will be undergoing a one-year course of ab-initio training that is aimed at developing the trainees morally, mentally, and physically.

The Indian Navy's INA, known as the "Cradle for Leadership," instils in its cadets the high ideals of loyalty, valour, and patriotism.

Shyam was among the defence aspirants mentored by 'Dream of Defence," a tightly-knit group run by veteran defence officers, at no cost. Students from across Tamil Nadu are part of this messaging group, where veteran armed forces officers interact with, coach, and mentor defence aspirants, based on their individual goals of joining the tri-services. Occasionally, the mentors meet the students and offer personal mentorship, along with offering orientation sessions and specialised classes via online platforms.