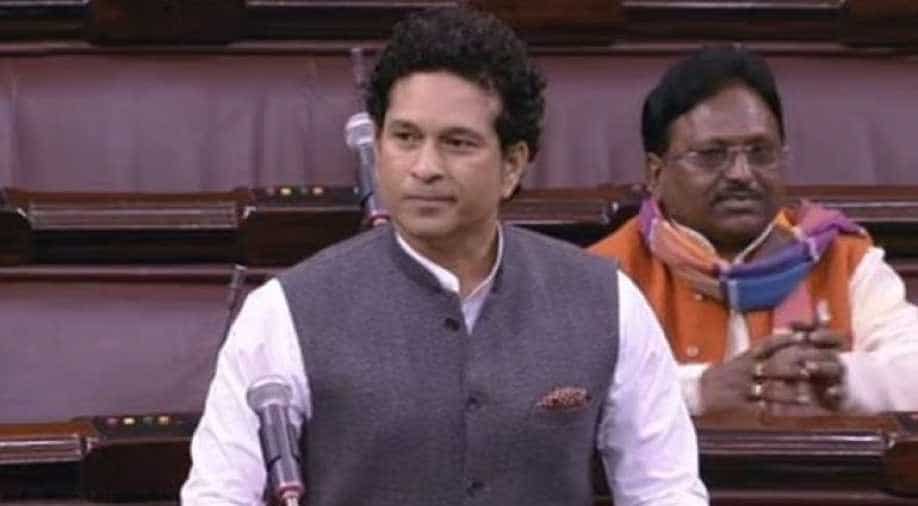 In a first, cricket legend Sachin Tendulkar was expected to lead a debate in Rajya Sabha today on "Right to Play and the future of sports in India".

Sachin's debate could not be initiated as the Rajya Sabha session was adjourned until 11 am tomorrow after sloganeering began by the opposition.

Uproar in Rajya Sabha over PM Modi's remarks on Manmohan Singh during Gujarat election campaign, as MP Sachin Tendulkar gets up to speak. pic.twitter.com/qbMh0qZ8yp

Sachin Tendulkar was nominated to Rajya Sabha in the year 2012. He started off as an independent candidate with Congress' support.

He (#SachinTendulkar) has earned name for India at the world stage, it is a matter of shame that he was not allowed to speak even when everyone knew it was on today's agenda. Are only politicians allowed to speak?: Jaya Bachchan, Rajya Sabha MP pic.twitter.com/NMRMHhdl5E

The opposition created an uproar over PM Modi's remarks on Manmohan Singh made during Gujarat election campaign.

There was an outcry at the parliament on Wednesday as well over PM Modi's remark.

Reportedly, PM Modi had made a statement previously stating that Manmohan Singh had allegedly colluded with Pakistan to defeat the Bharatiya Janata Party (BJP) in Gujarat.

Congress has strongly condemned PM Modi's remark, demanding his apology for the same.