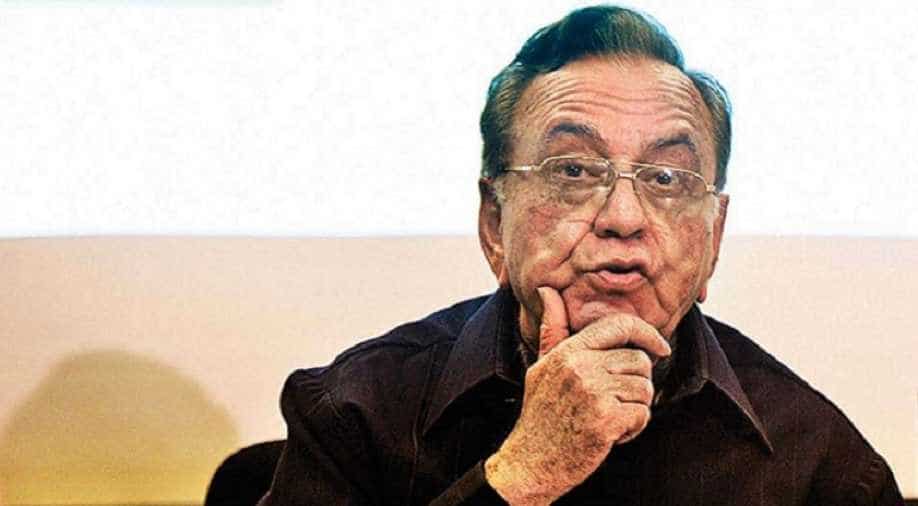 'I am astonished? I had gone for dinner and I hear Pakistan is hatching a conspiracy...' said Kasuri. Photograph:( Zee News Network )

Kasuri -- for whom the dinner was hosted by former Congress leader Mani Aiyer -- said it was an "open" dinner at which the conversation focused on India-Pakistan relations.

He added that there was no mention of the Gujarat elections.

“I am astonished… I had gone for dinner and I hear Pakistan is hatching a conspiracy … in that dinner former PM Manmohan Singh, former vice-president Hamid Ansari, former Army chief Deepak Kapoor, four foreign secretaries and former Indian diplomats to Pakistan, military analysts were present… are they also part of Pakistan’s conspiracy? It is a strange story with no basis,” Kasuri told a Pakistani channel.

Prime Minister Modi had also attacked Congress on the basis of a Facebook post by a former "director general" (the post does not exist) of the Pakistani army, Sardar Arshad Rafiq, saying Congress leader Ahmed Patel should be the next chief minister of Gujarat.

"Pakistan Army's former DG is interfering in Gujarat's election, on the other hand, Pakistani people are holding a meeting at Mani Shankar Aiyar's house. After that meeting, people of Gujarat, backward communities, poor people and Modi were insulted. Don't you think such events raise doubts?" Modi said while campaigning for the Gujarat elections.

Kasuri added that Modi's accusations were unfortunate, saying he might have made the remarks with the hope of getting votes in return.