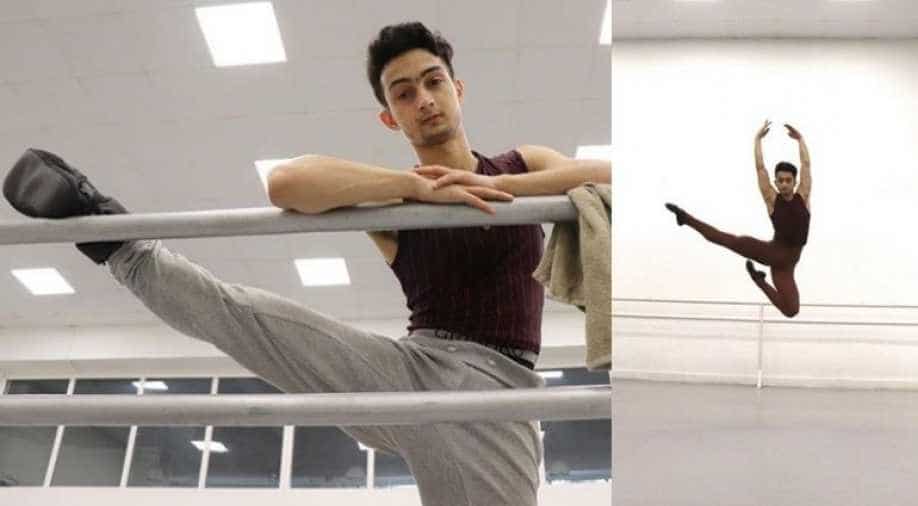 A 21-year-old son of a richshaw driver, Kamal Singh, has made it to one of the most prestigious ballet schools of the United Kingdom.

Singh is one of the first Indian students to have gotten admitted to the English National Ballet School, located in London and hailed all over the world.

Back in 2016, when Singh was 17 years old, he visited the Imperial Fernando Ballet School in India's national capital city New Delhi. He di not know anything about the dance form at that time, but he wanted to try as he had often seen the dance form in various Bollywood films.

Singh was being trained by Fernando Aguilera in the Delhi institute, who claims Singh is a naturally talented and gifted. “He was completely flexible, like a rubber. He had a body that was ready-made for ballet by god – he just needed to be taught how to use it,” Aguilera said.

Happy birthday to my dear Maestro @fernandoaguileraindiaofficial and wishing you many more Candles to blow..!🎂🎊🎉

While SIngh and his mentor knew he loved dancring, Singh confessed that he could not afford to carry on with the classes due to financial limitations as the class costed £37 (INR 3,500), which was a huge sum for the son of a rickshaw driver. “In that moment my heart broke into pieces. I told him ‘come back tomorrow. I’m not going to charge you, just come because I want to keep seeing you in class’,” Aguilera recalled.

Aguilera offered Singh a place in his school with a scholarship and also started paying Singh's food and travel expenses. Singh travelled two hours from his home to attend the classes and that is when Aguilera says he knew that Singh was a naturally talented boy.

“He was very dedicated, he worked very hard and he wanted to learn. I taught him for four years, and he never asked for a break, he never missed a single day," Aguilera said.

SIngh has always be thankful to his mentor for his constant support. “He made me watch videos of professional ballet dancers and taught me that it can be a career, just like a doctor or an engineer, and he also met my father to explain. After that my father allowed me to study full-time," Singh said.

Later, when he got accepted for English National Ballet School, Singh was on cloud nine, but his initial happiness disappeared into a thick cloud of worry as he realised that the tuition fees and the cost of living will be nearly £20,000 for a year, and Singh knew he could not afford it.

So, the teacher-duo student set to work and started a crowdfunding page, through which they raised £16,000 (INR 1.5 million) within a week and then more than INR 1.9 million in the second week. Several A-listers such as came forward to help Singh after Kunal Kapoor saw the page and helped spread the word.

Singh has started his classes this week and says he is very thankful and happy. “I cannot explain how it feels, it is all my dreams come true” said Singh. “It’s amazing, I’m enjoying every day. “My family do not know much about ballet but they are very happy and very proud that I am at the English National Ballet. I am the first in my family to come to London.”