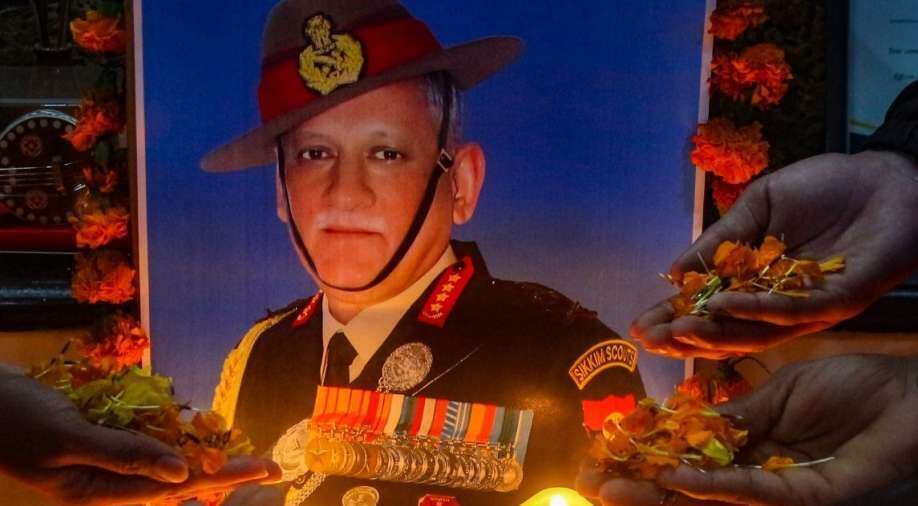 Rich Tributes were paid across Kashmir Valley to India's first CDS General Bipin Rawat along with his wife and 11 other brave hearts who sacrificed their lives in an unfortunate helicopter crash.

A prayer meeting was held at Srinagar's army headquarters to honour the CDS and others killed in the Helicopter crash. The Indian Army GOC DP Pandey along with other top officials of various security agencies attended the ceremony. A candlelight vigil was also held at the Army's war memorial.

"We organized this programme as a tribute for the CDS. It’s from the people of the valley towards all the martyrs. It was held across the Kashmir valley. You must have seen in the last 48 hours, how the people have carried out rallies, the way they have carried out candlelight vigils, in fact, marches indicate the connection the general had with the people of Kashmir Valley. A large number of people from Kashmir have gone to attend General's last rites in Delhi," said DP Pandey, GOC Chinar Corps.

In North Kashmir's Kupwara and Keran Sector, several prayers meets during Friday prayers were held. In the mosques of Macchil, Pushwari, Dabpal and T Shuntwari of Machil Sector, the religious heads addressed the people and prayed for eternal peace to the departed souls.

"It was the memorial service for the CDS and his wife along with officers in the helicopter crash. He has served here and had a relationship with the people of the Kashmir valley. He did have a Kashmir connection. Very significant part of his duty was spent in the valley in some of the toughest phases. He connected with the people and forces in the valley," said Junaid Mattoo, Mayor Srinagar.

The tributes were not only paid by the army and other administrative officers but the locals of the valley too. A large group of people in various parts of Kashmir valley held candlelight vigils to honour the General. The locals also attended the function organised by the Indian Army.

''I am in deep shock as a Kashmiri youth. If you see the past ten years, the situation in north Kashmir was very volatile, but General saab worked for the area and there was a connection of youth with him. He connected hearts in the valley. No one was working with the army in Kashmir, but It was only when the General was posted here that he bridged the gap. There are many examples from north Kashmir of people who are mainstream now because of General. . He will be in our hearts always. We are mourning and it’s painful," said Aqib Renzu, Councilor, Srinagar.

These events saw a great patriotic fervour among the people who had gathered for these prayer meets and candlelight vigils across the Valley.