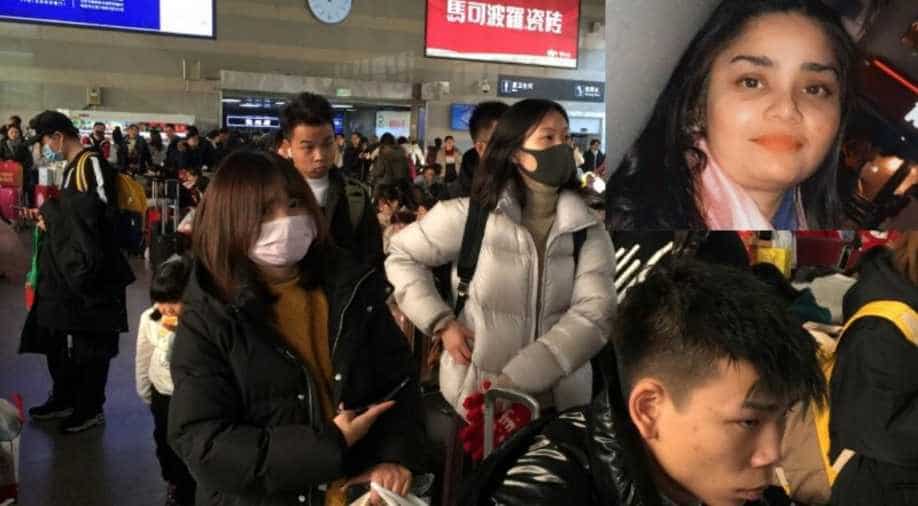 Doctors on Monday confirmed that she was suffering from the virus and is being treated for the same. The patient - Preeti Maheshwari - is a teacher at an international school in Shenzhen.

After the SARS-like coronavirus spread to multiple countries, China on Monday said it was "responding actively" and had made "strict prevention and control plans".

"China has adopted a serious, careful and professional attitude since the beginning of the epidemic. China has been responding actively, and made strict prevention and control plans. China has also done all it can to treat the patients and has well managed those who have been in close contact with the patients," China's foreign ministry Geng Shuang spokesman said.

The foreign ministry spokesman asserted that China had shared information on the epidemic situation with the World Health Organization including Hong Kong, Macao and Taiwan.

After the novel coronavirus infection (2019-nCoV) was detected last month in Wuhan, a third death was reported last Saturday. The virus has now spread to other Chinese cities namely Beijing and Shenzhen.

"After receiving notifications of relevant cases from relevant countries, China attached great importance to strengthening cooperation with them to tackle the epidemic and maintained close communication with all parties through bilateral and multilateral channels," the foreign ministry said.

"The safety of people's lives and their physical health should be given top priority", the Chinese president said.

Meanwhile, the Wuhan Municipal Health Commission said 136 new cases of pneumonia caused by the coronavirus strain had been found in the city.

The strain of pneumonia outbreak spreading in the Chinese cities of Wuhan and Shenzhen has added a new nationality to its list of infected individuals - a 45-year-old Indian school teacher, who is undergoing treatment for the mysterious SARS-like coronavirus.

Doctors on Monday confirmed that she was suffering from the virus and is being treated for the same. The patient - Preeti Maheshwari - is a teacher at an international school in Shenzhen.

First discovered in the central city of Wuhan, the coronavirus strain has caused alarm due to its connection to the Severe Acute Respiratory Syndrome(SARS), which had a kill count of around 650 people across mainland China and Hongkong in 2002-2003.

Serving as a major transport hub, Wuhan has 11 million inhabitants and sees hundreds of millions more during the Lunar New Year, when people travel across the country to visit family.

Following a second death due to the outbreak of the new strain, India issued an advisory on Friday to its nationals visiting China. "An infection with a novel coronavirus has been reported from China. As of 11th January 2020, 41 confirmed cases have been reported so far." it said.

Wuhan city's medical colleges have a population of over 500 Indian medical students, most of whom have left for home during the Chinese New Year holidays. Authorities have stated that Wuhan will continue to expand the search area, identify suspected cases and conduct sampling tests.