WHO warns hospitals worldwide over further spread of China's coronavirus 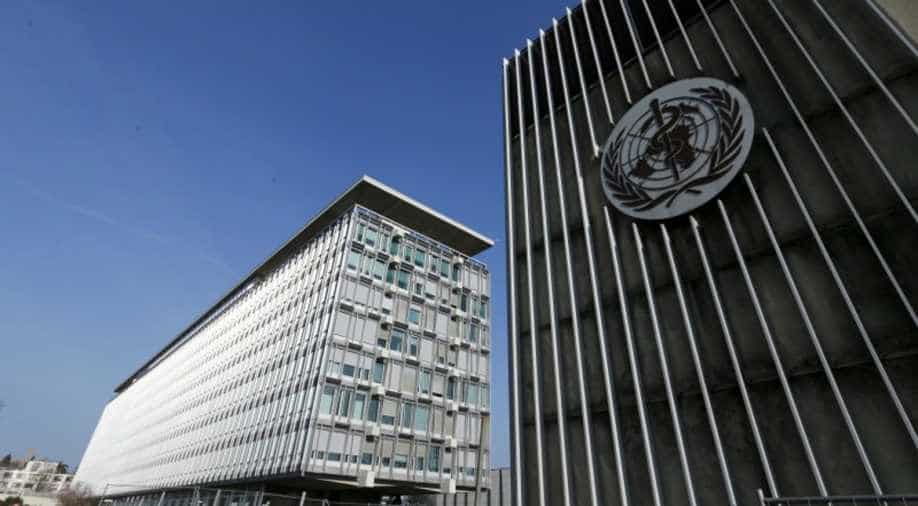 File Photo: The headquarters of the World Health Organization in Geneva Photograph:(Reuters)
Follow Us

Coronaviruses are a large family of viruses that can cause infections ranging from the common cold to SARS.

There may have been limited human-to-human transmission of a new coronavirus in China within families, and it is possible there could be a wider outbreak, the World Health Organisation (WHO) said on Tuesday.

WHO is working with officials in #Thailand🇹🇭 and #China🇨🇳 following reports of confirmation of the novel #coronavirus (2019-nCoV) in a traveler from #Wuhan, China, who traveled to Thailand pic.twitter.com/pj20trsUCE

Coronaviruses are a large family of viruses that can cause infections ranging from the common cold to SARS. A Chinese woman has been quarantined in Thailand with a mystery strain of coronavirus, Thai authorities said on Monday, the first time the virus has been detected outside China.

In all, 41 cases of pneumonia have been reported in the central Chinese city of Wuhan, which preliminary lab tests cited by state media showed could be from a new type of coronavirus. One of the patients has died.

Preliminary investigations conducted by the Chinese authorities have found no clear evidence of human-to-human transmission of the novel #coronavirus (2019-nCoV) identified in #Wuhan, #China🇨🇳. pic.twitter.com/Fnl5P877VG

The WHO is, however, preparing for the possibility that there could be a wider outbreak, she told a Geneva news briefing. "It is still early days, we don't have a clear clinical picture."

Some types of the virus cause less serious diseases, while others, like the one that causes MERS, are far more severe.

The UN agency has given guidance to hospitals worldwide about infection control in case the new virus spreads. There is no specific treatment for the new virus, but anti-virals are being considered and could be "re-purposed", Van Kerkhove said.