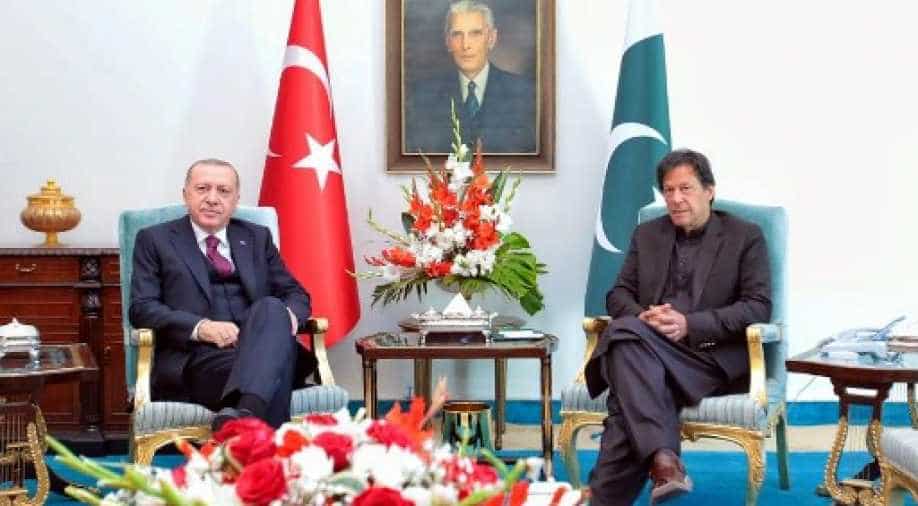 Erdogan had said that Turkey would continue to stand by 'justice, peace and dialogue in the resolution of the Kashmir issue'

After Turkey President Erdogan raked up the Kashmir issue in the Pakistan Parliament, India's ministry of external affairs made a strong demarche with the Turkish government.

"They distort events of the past to advance a narrow-minded view of the present. India made a strong demarche with the Turkish government," India's ministry of external affairs said, adding, "India finds that completely unacceptable. We particularly reject the repeated attempts by Turkey to justify the cross border terrorism practised so blatantly by Pakistan."

"These developments have strong implications for our bilateral relationship. These remarks reflect neither an understanding of history nor of the conduct of diplomacy," the ministry said.

During his address to the Pakistan Parliament, Erdogan had said that his country would continue to "raise its voice" in "Indian occupied Kashmir".

"Today, the issue of Kashmir is as close to us as it is to you," Erdogan had said in Parliament the presence of top Pakistan officials including PM Imran Khan.

"This recent episode is but one more example of a pattern of Turkey interfering in the internal affairs of other countries," external affairs spokesman Raveesh Kumar said.

The Turkish president had said that Turkey would continue to stand by "justice, peace and dialogue in the resolution of the Kashmir issue" while saying that Pakistan has been affected by terrorism while lauding its effort in Afghanistan.

"How can we forget those from Pakistan who prayed for Turkey. Our friendship is not based on vested interests but on love," Erdogan said in a statement in Pak parliament on Friday.