Ramadan 2018: Why dates are important during holy month 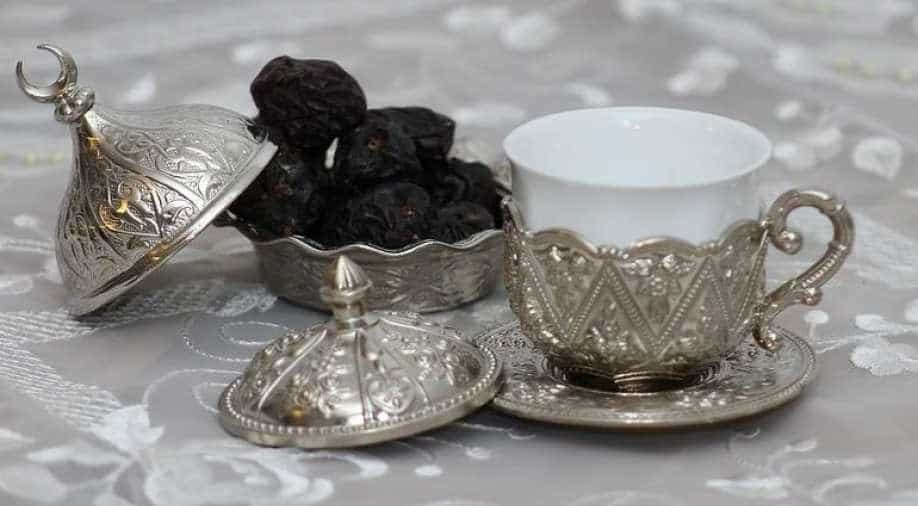 This year the holy month starts on May 16 and will come to an end on June 14. Photograph:(Others)
Follow Us

The pre-fast meal of the day is known as Sehri while the evening meal, with which the day-long fast (Swam) is broken is called Iftar

The holy month of Ramadan is here again! Muslims from all across the world will observe month-long fasting to honour Prophet Muhammad. The pious occasion falls during the ninth month of the Islamic calendar. It is believed that during this auspicious time, the Quran was first revealed to Prophet Muhammad on the night of Lailat ul Qadr.

The month of Ramadan is also known as the month of the Quraan. Devotees begin their day by eating a meal followed by a day-long fast that is only broken after sunset. Believers read Quaraan, offer prayers throughout the day.

The pre-fast meal of the day is known as Sehri while the evening meal, with which the day-long fast (Swam) is broken is called Iftar. Worshippers then break for the evening prayer, Maghrib.

It is believed that the month of Ramadan inculcates self-discipline, self-control in devotees. One fasts to learn self-control, sacrifice and discipline. During the holy month, Muslims refrain from consuming alcohol.

Therefore, dates assume great importance during Ramazan. Muslim households put dates to a variety of preparations, from dates shakes, sherbets to mouthwatering puddings and desserts like phirni, kheer and sheermal that are served during Iftaar.