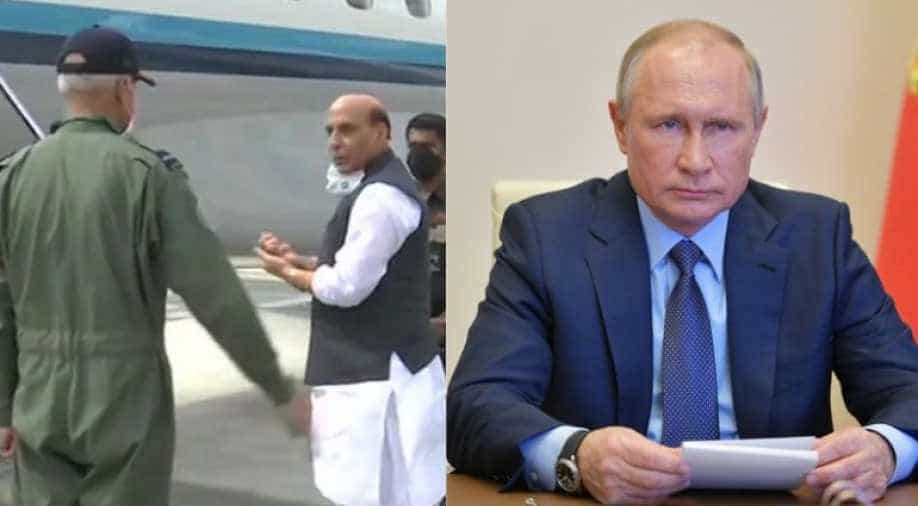 The foreign ministers of Russia, India and China will be holding a virtual meeting on Tuesday.

India's Defence Minister Rajnath Singh is currently in Russia on a three-day visit to Moscow. Ostensibly, to attend the victory parade on June 24, but more importantly, to ask Moscow to rush the delivery of the S-400 anti-missile system.

Also, the foreign ministers of Russia, India and China will be holding a virtual meeting on Tuesday.

What makes it interesting is the timing of this trilateral.

Both India and China have made their stand on Galwan very clear. What remains to be seen is Russia's leaning. Will Moscow back its old friend India, or will it support China?

First is trade as China is Russia's top trading partner. In 2018, the bilateral trade between the two countries stood at 108.3 billion dollars. Germany, which is Russia's second biggest trade partner accounted for trade worth 59.6 billion dollars -- almost half.

When it comes to India, bilateral trade with Russia has been between 7 to 8 billion dollars for almost a decade now. In 2017, the India-Russia bilateral trade was less than a tenth of China-Russia trade.

So, when its comes to economy, Russia is highly dependent on Beijing. Russia is a part of China's Belt and Road Project.

Then, there is the Siberia gas pipeline project. The two countries also share geographical proximity, but the tide turns when it comes to defense.

Russia is India's largest defense supplier. In the last couple of years, the two countries have signed several defense deals. There is the 5.2 billion dollar deal for S-400 missile defense systems.

In 2019, India also signed a deal worth 2 billion dollars for the T-90 tanks. The Akula class nuclear-powered submarine deal was worth 3 billion dollars. These are just a few examples.

India was once among of the closest allies of Russia. This was until 2014; this has less to do with the change in government in Delhi, and more to do with Russia's annexation of Crimea. There were international sanctions and Russia leaned towards China. India, on the other hand, has been building ties with the United States, Japan and West Asia.

Over the years, Russia has cemented its ties with China and this is not specific to any government in Delhi.

In 2017, Russian diplomats in Beijing were briefed by the Chinese government about the Doklam stand-off. They were among the few to have been brought into the loop, but Russia did not take a stand against India.

How has it reacted so far on Galwan?

Russia has assured its support to New Delhi when it comes to resolving issues with China. Russia's Deputy Chief of Mission to India, Roman Babushkin, said, "we hope that the tensions will soon de-escalate."

Moscow believes in a multi-vector foreign policy. It has tried to stay out of the US-China trade war, and when it comes to India-China stand-off too, Moscow is likley to play safe. It will not take sides, at least not openly.