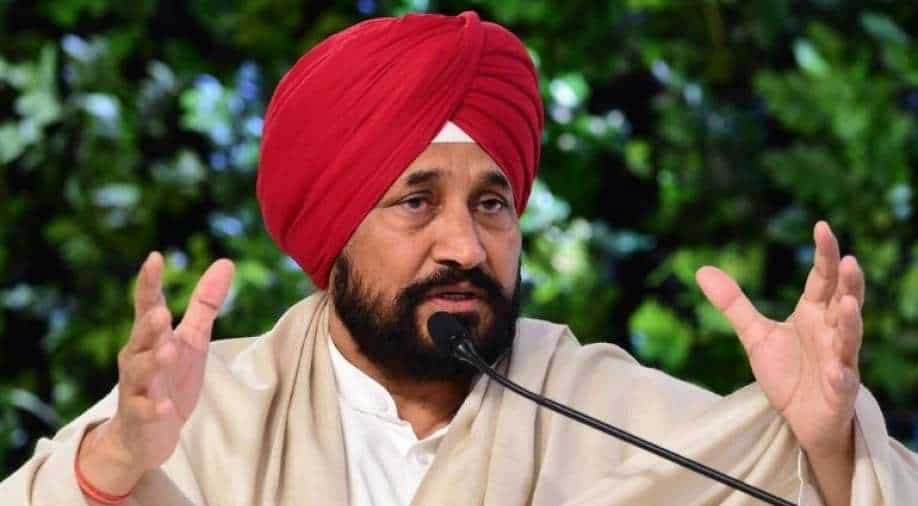 After expressing regret for the obstacles faced by PM Modi on the route, Channi said there was no situation of any attack

Punjab Chief Minister Charanjit Singh Channi on Wednesday expressed regret after Prime Minister Narendra Modi had to cut short his visit to the state, but asserted that there was no security lapse

Modi, who landed in Bathinda and had to take the road route to Hussainiwala in Ferozepur because of inclement weather, was stuck on a flyover for 15-20 minutes due to a blockade by some protesters, an incident the Union Home Ministry described as a "major lapse" in his security.

The CM said the entire incident will be probed and denied any security lapse or situation of any attack.

There was a sudden change in the PM's travel plan from Bathinda to Ferozepur and everything was handled by central agencies, he told reporters.

"It is wrong to say that there was a security lapse," the CM said, stressing that the Punjab Police had limited role.

"The prime minister was to visit for the inauguration (of development projects) and address a political rally. We regret that he had to return due to the blockade en route," Channi told reporters.

"After all, he is the prime minister of the country. We respect him. There is a democratic system and federal system," said Channi.

"We regret that he had to go back and we are pained. We respect our prime minister," the CM said.

The Punjab CM said some agitators who had gathered on the road previous night were removed.

But if someone suddenly came during the day, it does not mean this posed any danger, asserted Channi, saying farmers had also been protesting for over a year at Delhi's borders but they did not harm anyone, apparently referring to the stir against the central farm laws, which were withdrawn last year.

At the same time, he said, "There were 70,000 chairs which had been put up at the Ferozepur public rally venue of the BJP, but only 700 turned up (for the BJP event), what can I do in this??

Replying to another question, Channi said he did not say that there wasn't enough gathering in the rally and that could be the reason (for his return).

When asked that the Centre has sought a report into the security lapse, Channi replied, "The entire incident will be probed."

When asked if the Punjab DGP had given clearance for the route for the PM to travel, Channi said though using road route is a joint decision but police role had been made limited and everything was being handled by the SPG, IB and other central agencies.

Seating arrangement for dignitaries at the function in Ferozepur was even decided by them, he said.

"If agitators suddenly turn up, what will you say, you will have to say give alternative route or wait for some time before they are cleared. But the prime minister decided to return," said Channi.

When a reporter asked who were the officials at the Bathinda airport who were reportedly told by the prime minister that they should thank Channi as his life was saved in the situation, the CM replied, "If he (PM) has said something in anger or with political thought, I don't want to make any comment."

"However, I want to say one thing that I would have spilled my own blood before any harm to him, this is the spirit of Punjabis," said Channi, adding that a Punjabi will prefer to die rather than attack the guest visiting the state.

When specifically asked that if the PM is to travel by road or other route, the responsibility of securing that lies with the state agencies, Channi said the main control was of the SPG and the IB.

The Home Ministry was directly involved, he said, adding that the Punjab government did not have much role.

He said this issue should not be unnecessarily politicised. "Farmers have been sitting peacefully at Delhi's borders. How can I fire bullets at them and use lathis against them to remove them," he said.

In a statement, the Union Home Ministry had earlier in the day said after a "major security lapse" in the prime minister's travel in Punjab, his convoy decided to return.

The ministry also asked the Punjab government to fix responsibility for the lapse and take strict action, the statement said.
Modi on Wednesday returned without dedicating development projects and addressing a rally in the poll-bound Punjab.