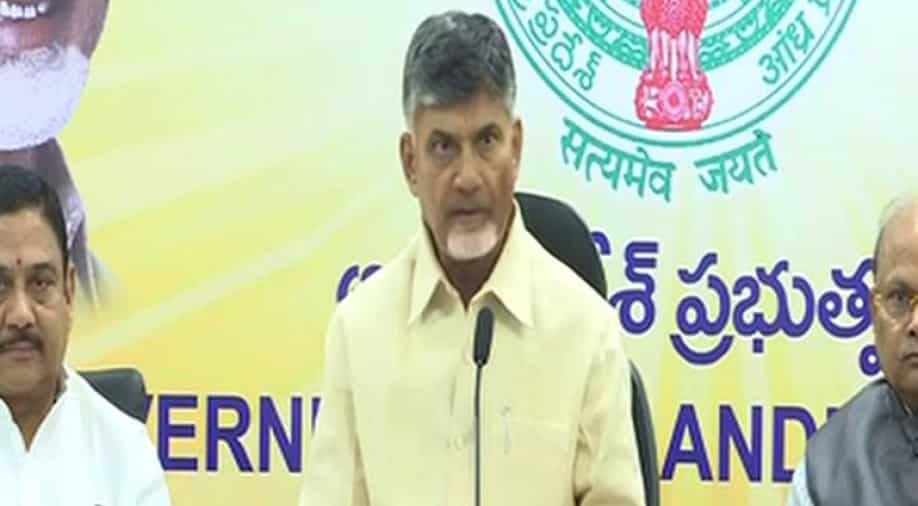 The two TDP ministers in Modi's cabinet — Civil Aviation Minister Ashok Gajapathi Raju and Minister of State for Science and Technology YS Chowdary — later met with the prime minister and tendered their resignations to him.

ANI reported TDP sources as saying Naidu explained to the prime minister why he had asked the two ministers to quit and why the TDP was withdrawing from the union government.

The row between the TDP and the BJP can be traced back to the TDP's demand for special status. The status would give Andhra central funding in a 90:10 ratio, with the centre paying the larger share.

Finance Minister Arun Jaitley had said Wednesday that the government was willing to Andhra the monetary equivalent of the special status, but not the status itself since the category no longer existed.

The TDP on the other hand believes the promises made to it when the state of Telangana was carved out of it in June 2014 have not been kept. The TDP is also under tremendous pressure before the state and general elections next year, with opposition parties in the state saying it has not been able to get a good deal from the union government despite being a partner at the centre.

For the moment, the alliance between the TDP and the BJP continues to stand although news reports quoted TDP lawmaker Ravindra Babu as saying tyhe next "logical step" would be to exit the NDA.

Naidu had yesterday said this (the ordering of the resignation of the two ministers) was the "first step"  and that what followed next would depend on the centre's reactions.

He had also said that he had been trying, as a "responsible senior politician", to speak with the prime minister but that Modi had been "unavailable". And, he added, that Jaitley's remarks yesterday had been the last straw.

Rahul Gandhi meanwhile had said Wednesday that the Congress, if elected to power in 2019, would be willing to give Andhra the special status it was asking for.