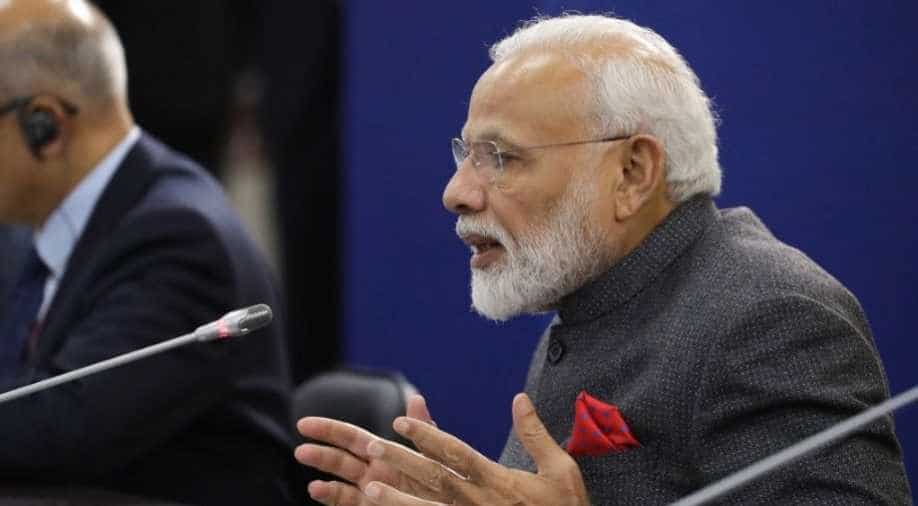 Modi talked of India's speedy movement towards its renewable energy targets including generation of power through the sun and wind.

Prime Minister Narendra Modi on Wednesday pitched for India's inclusion in the Nuclear Suppliers Group (NSG) saying that the country faces a challenge in nuclear energy because it is not a member of the group of nuclear supplier countries and faces issue of supply of fuel.

The Prime Minister made the remarks during an interaction session at the Bloomberg Global Business Forum here.

"We have the challenge of nuclear energy because we are not a member of NSG (Nuclear Suppliers Group), so we face the issue of supply of fuel. If we get a solution on that front, then we can come out as a model and work in this sector," he said.

Modi talked of India's speedy movement towards its renewable energy targets including generation of power through the sun and wind.

The Prime Minister said he had set new target due to progress achieved so far.

Modi had raised the issue of India's membership of NSG with UN Secretary-General Antonio Guterres during their meeting on the sidelines of the G7 summit last month.

He had said that India is moving towards clean energy including investment-intensive nuclear power for which NSG membership is crucial to building investor confidence.

China has been blocking India's entry into the NSG which regulates the global nuclear commerce and has been insisting that only countries which have signed the Non-Proliferation Treaty be allowed to become members.